What Is a Minimum Viable Product? 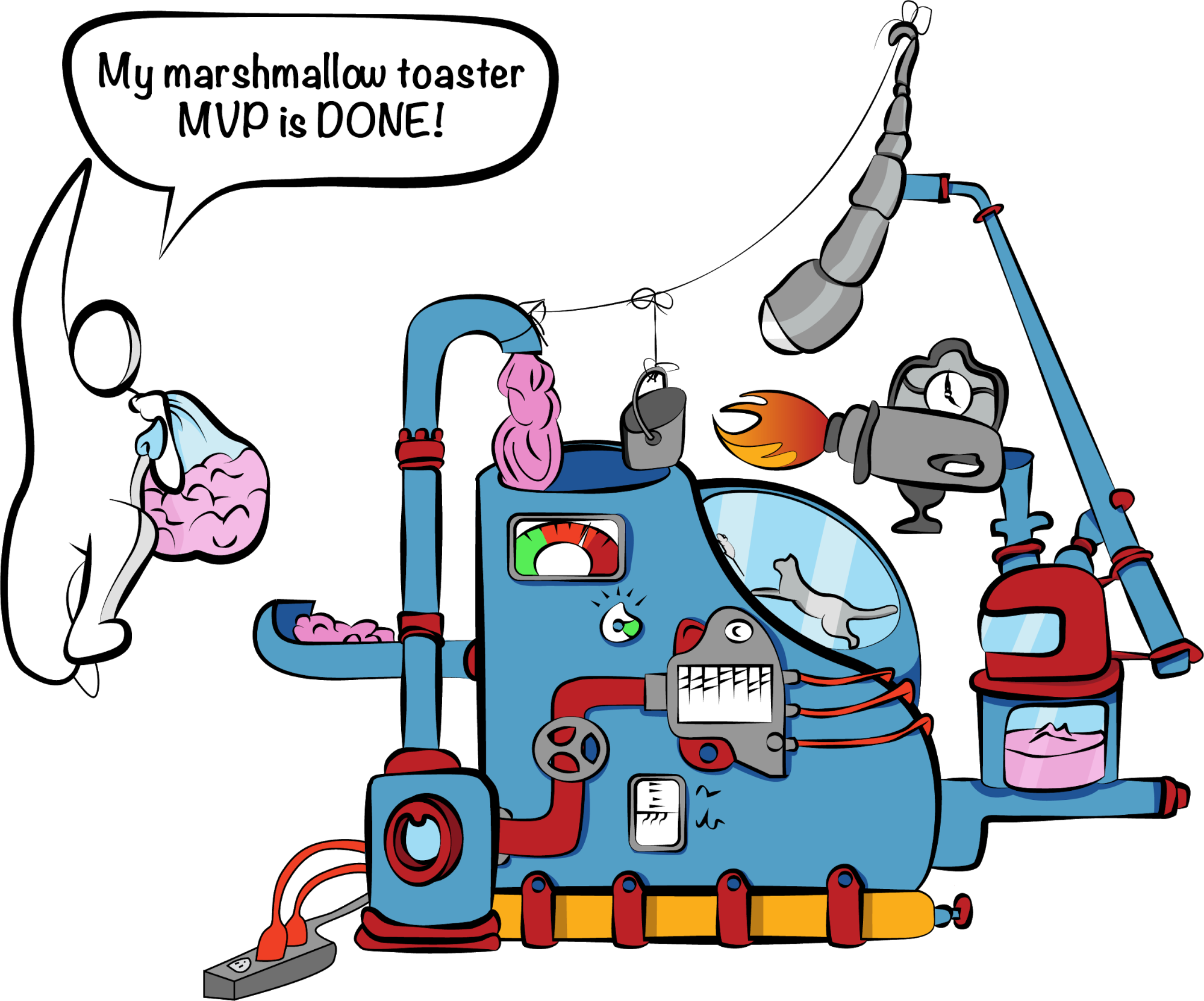 A minimum viable product is the activity that allows a team to collect the maximum amount of validated learning about customers with the least amount of effort. The MVP must allow the startup to complete one cycle of the Build-Measure-Learn loop by presenting something to the customers and receiving feedback.

But the above definition is not exactly what Eric Ries says in the Lean Startup book. Instead, he says:

The minimum viable product is that version of a new product which allows a team to collect the maximum amount of validated learning about customers with the least effort.

That’s the textbook definition, but there’s a lot more to it, and there are some reasons we’ve adjusted our own definition away from canon. In particular, many of the examples given in the book and verbally by Eric himself seem to contradict those definitions. This explains why there have been many attempts to replace the term Minimum Viable Product (MVP) with alternatives such as: 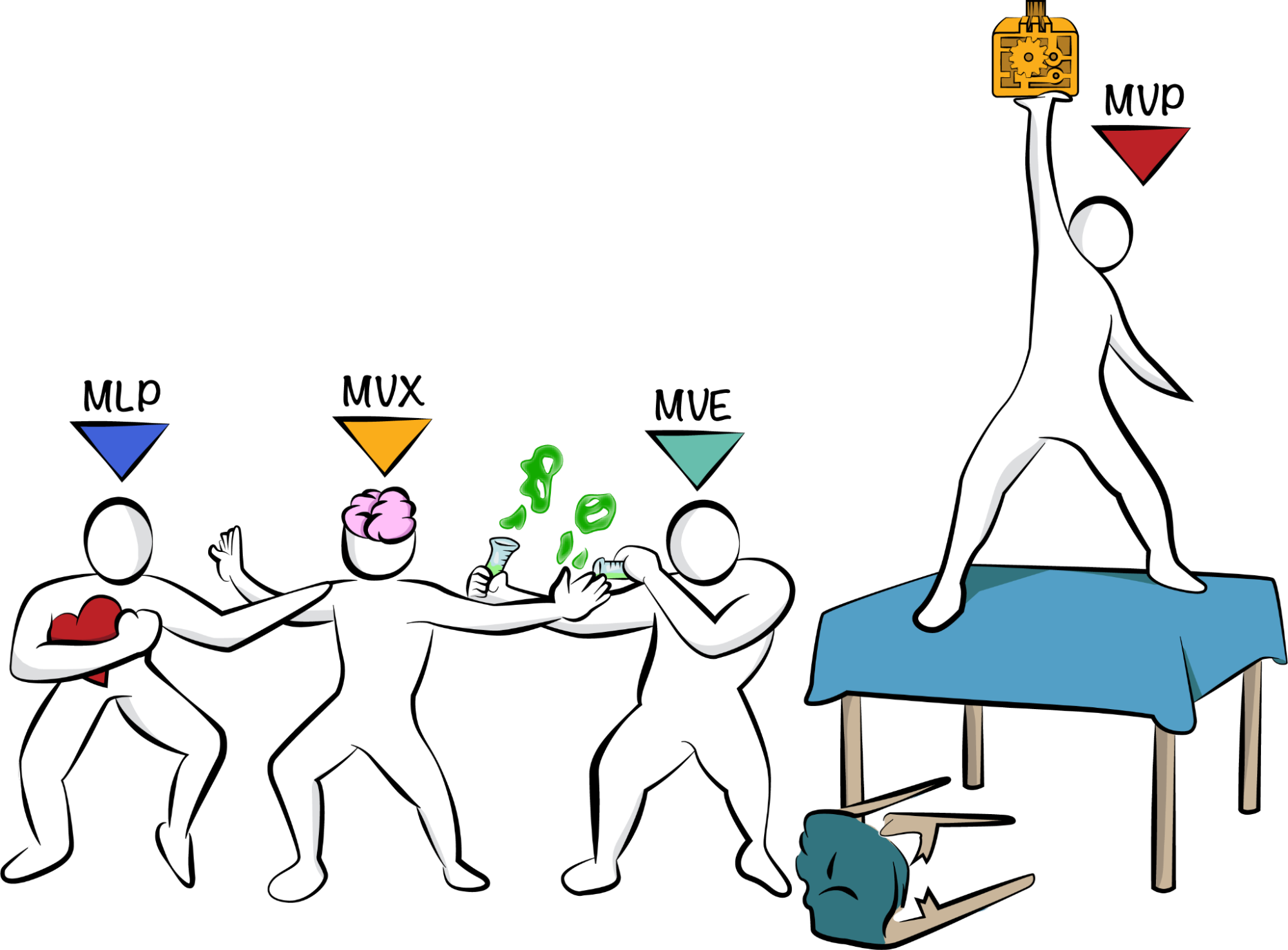 To understand why we’ve made those modifications and why there’s a bit of disagreement in the lean startup community, we’ll break down MVP word by word:

A Minimum Viable Product Is Minimal

Easy enough. The term MVP comes from lean startup principles, which in turn comes from lean manufacturing principles. Those original principles from Toyota were about producing a valuable product (in this case, cars) with the least amount of waste possible. There shouldn’t be any extra pieces lying around, and workers shouldn’t find themselves carrying pieces from place to place unnecessarily. Even items kept in storage and not being actively used in the production process were considered waste.

So a minimum viable product template should be about reducing waste. For a startup, waste isn’t about creating a product with the least amount of scrap metal left lying around when the product is finished. The output of a startup isn’t a product, it’s a business model. And a business model is composed of knowledge. Click To Tweet The concept of the business model as units of knowledge was famously represented by Alexander Osterwalder’s Business Model Canvas.

The Business Model Canvas represents 9 chunks of knowledge that startups must verify before they can successfully scale and sustain their business. These bits of knowledge include:

That’s a lot of things to get right, and all of them are ultimately important to scale. But not everything on the canvas is equal, and there are a number of dependencies.

If we’re wrong about our Key Partners, well….we have to get new partners.

If we’re wrong about our customer segment, well….virtually everything else on the canvas must change.

So if we’re going to be minimal, an MVP can’t answer all of these questions. But it must answer the most critical questions we have that everything else depends on. It cannot focus on the least important parts.

That’s like having a cake made from only icing. You can have a cake without icing and it would be a pretty bad (and dry) cake. But it would still be a cake.

A cake with only icing and no actual cake….well. It may be delicious, but it’s not a cake and won’t win any Michelin stars.

A Minimum Viable Product template must answer our most critical question about the business model, and do it with the least amount of effort.

A concierge test is often used to test services. The entrepreneur attempts to charge a customer for manually performing the service without any product development. The most famous example was done by Manuel Rosso for his company Food on the Table (mentioned in the book), but here’s a simple example:

Charlie wants to create a website radio service to play songs according to the customer’s individual taste. He’s unsure if people want a dynamic mix of music of different genres or just a steady beat. So instead of building a mobile app with artificial intelligence technology, Charlie recruits some initial customers.

Alice is the exact target market Charlie is interested in. She’s a professional who works in a co-working space and needs music to block out background noise, but she has sophisticated musical taste. So Charlie physically sits with Alice at work and constructs a playlist on the fly, based not only on Alice’s music selections, but also on her visible emotional reactions to the music.

Essentially, Charlie is acting as Alice’s personal DJ. Like a hotel concierge, Charlie’s job is to make Alice happy. It’s not scalable, and it’s very expensive, but it delivers the answer Charlie is looking for: What type of music does Alice want to hear at work?

If Charlie can’t figure out how to do that with his natural intelligence, then he might have a tough time training an artificial intelligence algorithm to do the same thing. This approach allows Charlie to refine what elements of the music are important so he can focus on them as inputs to his algorithm.

(Please note: This is not the origin story of Pandora, just an example that most of us are familiar with.)

A Minimum Viable Product Is Viable

This is a tricky one. Eric Ries has been asked about this on stage.

Eric’s pushback is that an MVP must be viable in that it should deliver the value promised to the customer. But that’s not actually required if the goal is simply for the startup to learn, and it’s not true of the examples that Eric actually lists in his book.

Dropbox is one of the first examples of an MVP in The Lean Startup, but the test that Dropbox ran was clearly not a product. It was a landing page with an explainer video and an email signup form.

This video explained the value proposition to prospective customers, who then had the ability to express interest in the solution by submitting their email to get an invite to try out the product. But the product did not exist, and the landing page provided nothing but the promise of a solution.

This type of landing page or explainer video test belongs to a family properly grouped as Value Proposition Tests (you might have heard these referred to as Smoke Tests.) They always involve offering the Value Proposition to a customer and requesting some form of payment (sometimes called currency) in the form of money, time, or data. (Reminder, Time = Money, and data is valuable.)

A Minimum Viable Product Is a Product

Well……nope. A minimum viable product is often not a product. From the examples already given, an MVP can be a service or even just a landing page. So an MVP doesn’t have to be anything at all.

Lean Startup is built on many of the concepts from Steve Blank’s Customer Development theory, whose most famous phrase is “Get Out of the Building” (Also known as GOOB). Steve advocates that the simplest and most effective way to learn is simply to go talk to customers and listen to them.

Simply talking to customers is clearly not a product, but lines up well with Eric’s definition if we modify it slightly:

The minimum viable product is that activity version of a new product which allows a team to collect the maximum amount of validated learning about customers with the least effort.

If the goal is learning about the business model, talking to customers is often the simplest thing we can do.

So an MVP is a pretty confusing concept when even Eric Ries gives somewhat contradictory examples. The term will often take two contexts depending on whom we’re talking to.

For the die-hard lean startup fanatics (like us) who focus on validated learning, you’ll hear something along the lines of:

The minimum viable product template is that activity which allows a team to collect the maximum amount of validated learning about customers with the least effort.

This definition implies that an MVP is some form of research or experiment that results in knowledge and insights about the business model. So it can just include talking to people. 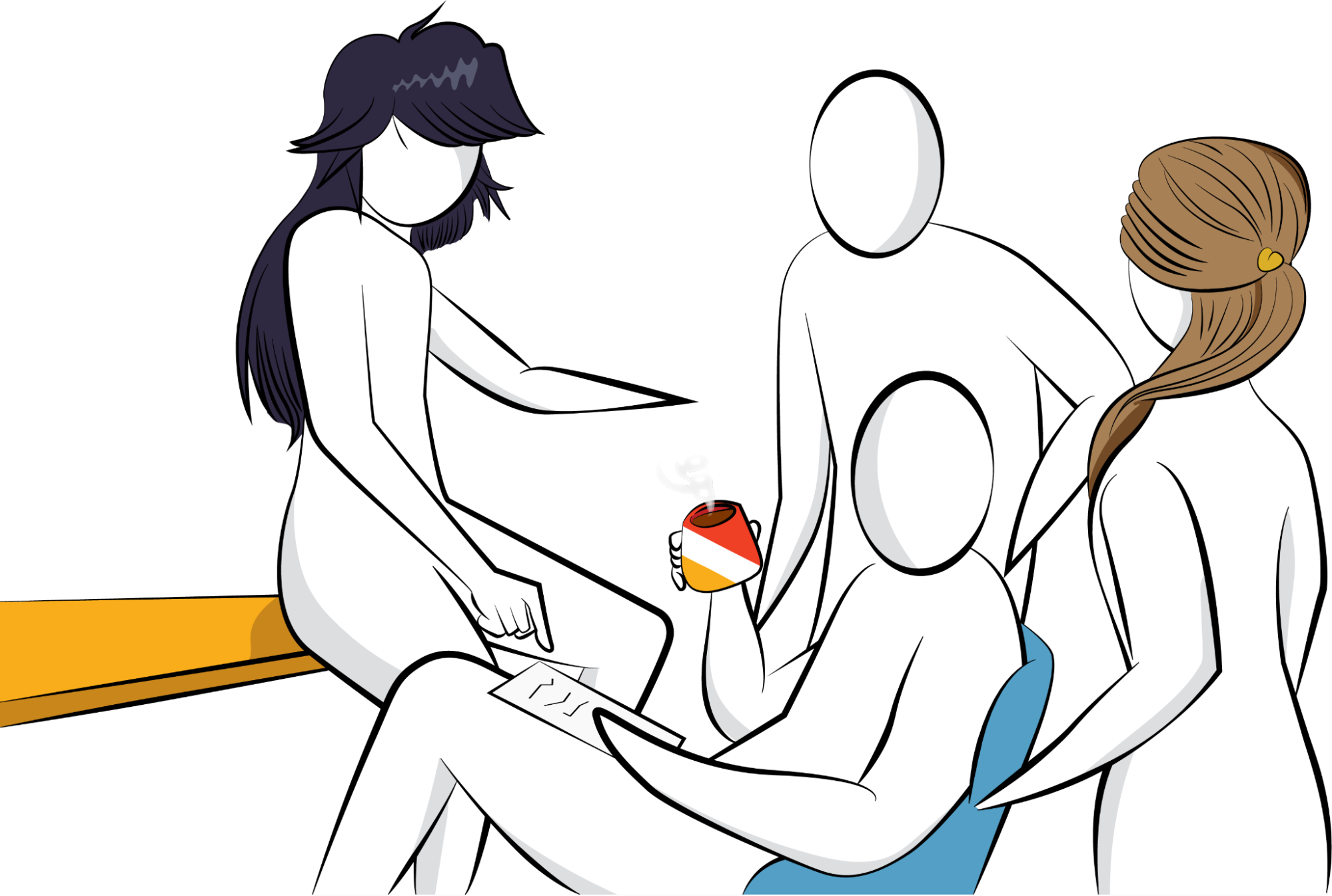 But for most people, they are generally referring to something beyond just a test that actually delivers the value proposition. Either way, the goal is learning about our business model.

One thing everyone agrees on is that the MVP or experiment must actually come into contact with the customers to learn anything. A minimum viable product that customers have not seen is not an MVP, it’s a prototype.

So there must be some form of measurement of customer reaction for there to be any learning. This may be notes taken, website visitor statistics, or any other method relevant to the product.

Is a survey an MVP?

Surveys and focus groups are sometimes criticized as bad MVPs as they are prone to misinterpretation, group think, and leading questions. If the results from a simple survey can indicate that the product should not be built, then it is delivering insights! That means it’s a real test and can be considered an MVP.

Is talking to customers considered an MVP?

Most people would say no, but if it results in learning about your business model, stop caring about the terminology and go and do it. Get Out of the Building! The hardcore lean startup enthusiasts aren’t going to nitpick your choice of words.

What’s the point of an MVP?

To answer the most critical question about a business model with the least amount of effort.

Is an MVP a prototype?

No. A prototype is just a demonstration that a solution is technically feasible to build. A prototype can be an MVP if you show it to customers and get feedback on it.

If you build a prototype and never show it to any customers, then generally it would not be considered an MVP. That’s just because whether you can build something is not the biggest risk of most business models. Technology is advancing at a pace where we can build almost anything we think of.

How do you define an MVP?

If the biggest risk is the value propositions or revenue portions of the business model canvas, then it’s often necessary to build an actual product, but don’t forget you can always just build a landing page and see if anyone will click on “Buy Now.”

If a Minimum Viable Product is an experiment or research method, then there are a variety of templates used to plan:

If we are focusing on building a minimum viable product template that delivers the value proposition to the customer, a more comprehensive approach can include the use of this template to map out the user experience, as well as channels to deliver it:

For a complete listing of experiment and research types, try:

MVP Exercises for the Classroom

Skill Goal: Be able to test a product hypothesis with minimal resources

Define the Minimum Viable Product for your own product hypothesis.

Define the Minimum Viable Product for:

Explain one member’s product hypothesis but not the MVP to the group. Each member of the group should define an MVP for that product.

As a group, construct an MVP for a product / service of your choice. Some ideas: