Running a lean team is a lot like getting in a crew boat. (Not a rowboat. A crew boat.)

I know I know, it takes teamwork and coordination to go anywhere…you have to row together…etc.

Whether you are adopting lean principles as a startup or as an innovation team in a larger company, it doesn’t matter. You’ll run into the same issue.

You’re adopting lean because you’ve agreed to let experimentation be your true north. You set up a metrics dashboard to measure your progress, you debate and outline the company vision, and as the team leader, you make it your mission to steer the team in the right direction with…the rudder. 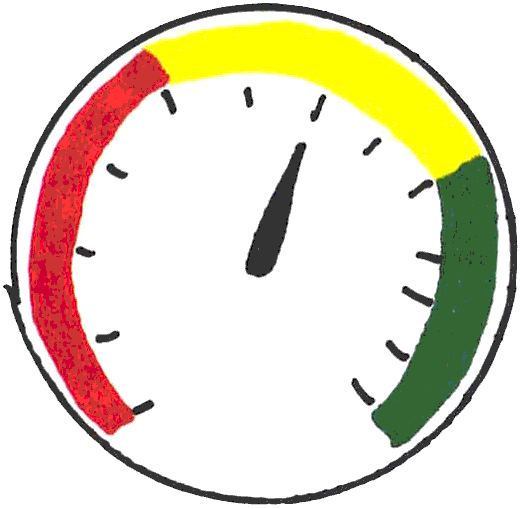 The rudder steers the boat, and because you’re steering the boat on the basis of real metrics you expect to make progress very quickly towards your goal. (If you’re in a large company, you confidently make your dashboard accessible and send out reports to your business angel as to which needle you’re focusing on moving this month.)

But it doesn’t happen.

You’re steering and steering and you’re not making any seeming progress towards your goal. The dashboard won’t budge.

In fact, sometimes it seems you’re drifting away.

In a startup, the effect can be team strife. In an innovation team of a larger company, you’re probably about to be fired by the CEO who expects to see that metric dashboard start twitching and jumping around.

You jam the rudder to the left. Nothing.

You slam it to the right. Nada.

Those of you who have ever been in a boat will know the issue. There’s one critical thing about the rudder: It doesn’t work unless you’re moving.

You can move it left or right, shake it around, curse at it….It doesn’t do anything by itself. The rudder changes the overall direction of the boat and allows you to steer, but without any velocity relative to the ocean around you, the rudder is a useless appendage.

This anti-pattern is the Rudder Fallacy.

Many teams trying to adopt lean focus on the wrong thing.

They focus on which direction they are going. They focus on improving their decision making apparatus. They talk about how much statistical significance they need in order to validate a smoke test or spend hours pondering their Business Model Canvas to make sure they’re testing the right risky assumption.

None of that matters when you’re just starting out and trying to lean your team. The only thing that matters is velocity.

You have to start rowing before you can worry about which direction you're headed, even if you're headed into the rocks. Click To Tweet

Your team can’t just sit around twiddling their thumbs while you decide which direction to go. They want to feel like they are making progress. What type of progress?

If your definition of success is product progress then 90% of your experiments will end in failure. Click To Tweet

Progress is also not building stuff (if you’re an engineer). It’s not creating wireframes (if you’re a designer). It’s not writing strategic plans and pitching to VCs (if you’re a business person). It’s not just doing stuff. Doing random stuff doesn’t move your business forward and doesn’t complete the Build-Measure-Learn loop.

If your definition of success is doing 'stuff,' you'll be winning right up until the moment of bankruptcy. Click To Tweet 90% of adopting lean is changing the measure of progress from 'doing' to 'learning.' Click To Tweet

That’s very hard. So don’t fight it. The best way to start, is just to start.

I used to focus a lot on trying to get teams to run great experiments, do great customer interviews, and so forth. Perfecting that technique was my passion and that stuff is great. Having amazing discovery interview technique is worth learning… just not right at the start. 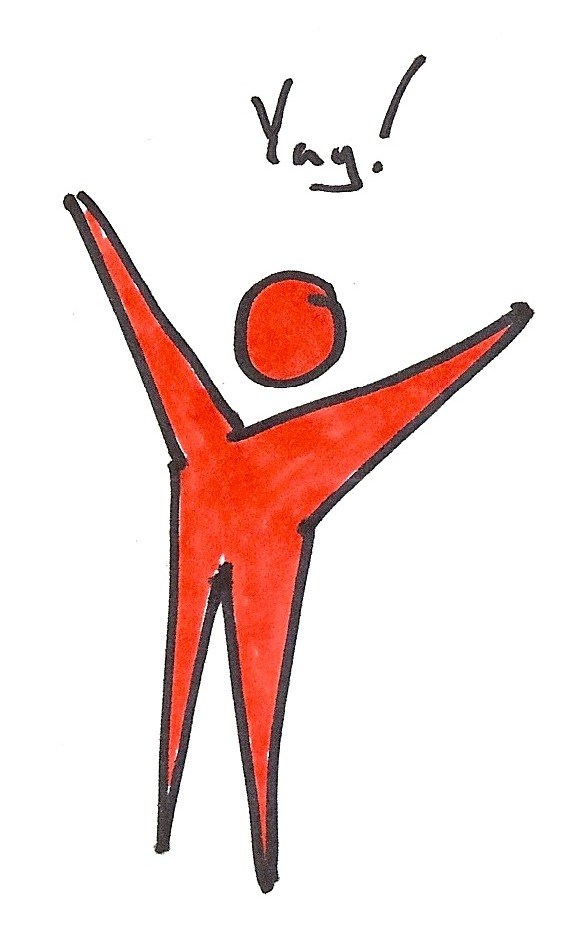 If your team is arguing about whether the test was valid, congrats! You’ve already got everyone focused on the goal… to learn. You’ve won.

First get the boat moving, then you can worry about whether the oars are perfectly synchronized.

if you're adopting lean, you need to understand this flow: Inspiration, Application, Practice. It has another, more famous name, the hype cycle. 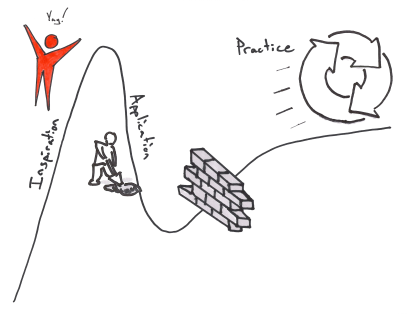