What a Journalist Can Teach Lean Startups about Customer Interviews 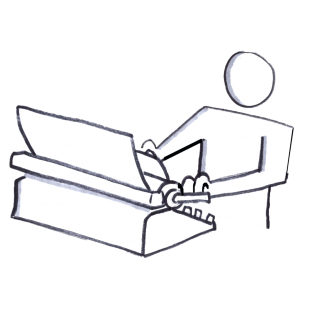 Over the past 20 years, I’ve interviewed hundreds of people for books and magazine features — Nobel laureates, combat veterans, CEOs, refugees, Grammy winners, circus performers, and everything in between.

None of them were easy; everyone brings some sort of challenge to customer interviews. Academics rarely know how to speak in layperson terms. Politicians are always pushing an agenda. Celebrities are hyperconscious of how they’re perceived, so they usually tell every interviewer the same stories. And circus folk, well they just plain don’t trust me.

It’s not unusual for journalists to bring in skill sets from previous professions. Before joining the glamorous ranks of overpaid journalists, I was a cultural anthropologist, an intelligence specialist in the US Marine Corps, and a comedy writer — not all at the same time, of course (as fun as that would have been).

So while this article shares customer interviews tips I’ve used over my career as a journalist, these practices were heavily influenced by my training and experience as a fieldworker, an interrogator, and someone stand-up comedians relied on to get the crowd to buy into their act (honestly, this was the toughest job of all).

Customer discovery interviews share traits from all of these domains — we are not just asking a customer if they would buy our stuff, we are gathering intelligence, doing cultural fieldwork, hunting for a story, and asking the audience to find themselves in our product.

And at the heart of all these things is simply getting a complete stranger to talk to us. No problem!

Meet Them Where They Are

A comedian steps onstage, and the first thing they say into the microphone is: “I was on a bus yesterday and the weirdest thing happened…” 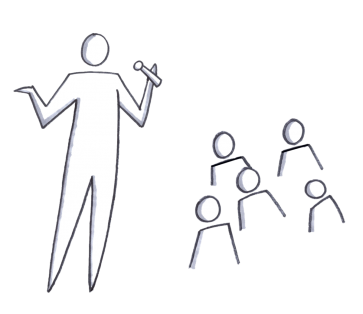 A comedian steps onstage, and the first thing they say into the microphone is: “How many of you took a bus to get here today?”

As tempting as it is to just directly tell our customer about our product, we have to remember that the discovery interview is not about our story, it’s about theirs. We are not in a one-way pitch session, we are in a two-way relationship, and we have to make the customer feel at home.

When a comedian opens their set by talking about their experience, they are forcing the crowd to make an effort to get into their story. But when they open by asking about the crowd’s experience, it provides an effortless entryway into the set, an easy segue into the first joke, and a sense of shared experience that builds a bond between the performer and the audience.

The same general concept works for journalism, and translates well to customer discovery. If we start an interview by simply asking the first question in our script — without regard for what might be top-of-mind for the customer — then we are forcing them to make the journey to our story. At best, this makes it take longer for them to open up to us. At worst, it puts them on the defensive, and we won’t get the deep dive we’re looking for.

There is nothing complicated about this concept — we are easing into the interview to make our customer feel comfortable. Justin Wilcox follows this line of thought in his Customer Interviews Script Generator, opening with simple questions about the weather or the local sports team just to get the conversation going.

Granted, the weather is a mundane topic, and many of our customers won’t care about their local team during interviews, but this does provide a template to bring the customer into the conversation: find something they can easily relate to, something that makes them feel like we are a member of their community. It could be as general as the weather or as specific as a sandwich shop in their neighborhood that makes an incredible BLT. 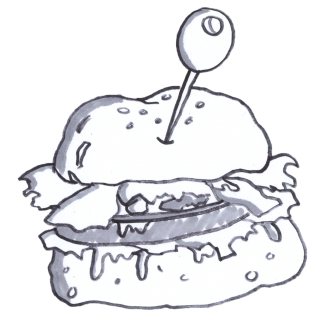 Which is great, because we are designing a project-management tool for restaurant-review companies, and we know our customer persona is a foodie overseeing a review staff, so the segue into our first scripted question might be as simple as:

Oh you’ve been there! There are a lot of great places on that strip — how often do you review places in your own neighborhood?

We are just making the most of our first impression here, trying to put the customer at ease and place them in familiar territory so they’re more inclined to share their stories.

So let’s take it one step further.

It bears repeating: a customer discovery interview is a conversation, not a survey or a checklist. And conversations are all about shared experiences — finding commonalities that let us trade stories and riff on each others’ details. 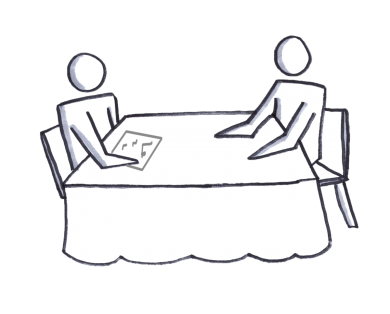 That’s not to say we should talk a lot. The rule of thumb in interviews is 80/20 — let them talk 80% of the time, while using our 20% to clarify points and lead them into areas that provide us with the most value. We want to say just enough to keep the familiarity going and demonstrate genuine curiosity, but not enough to interfere with their stories.

We don’t have to be a psychologist or trained investigator to get people to open up to us — just watch a few episodes of Columbo, the 70s police detective who mastered the art of turning a suspect interview into a casual conversation — right up until his last line, “Oh just one more thing…,” and then he’d turn the conversation against the suspect and nail the dude for murder.

Ok maybe skip that last part, but the rest is gold. React to what they are saying, but in a neutral way that doesn’t show strong agreement or disagreement. Let them know we are listening to them. Read their mood, their focus, their level of ease, and look for very small, very specific moments where we can relate to them, and then use that moment to get them to relate to us, but always in a way that’s organic and genuine.

It’s a careful balance. We’re not trying to make friends here, and it’s incredibly easy to overshare and make the interview awkward. So let’s not do that. Let’s just find commonalities. Applying this concept to our restaurant-review app might look something like this:

That’s funny that you love reviewing BLTs — I would put bacon in my cereal if it weren’t against the law. 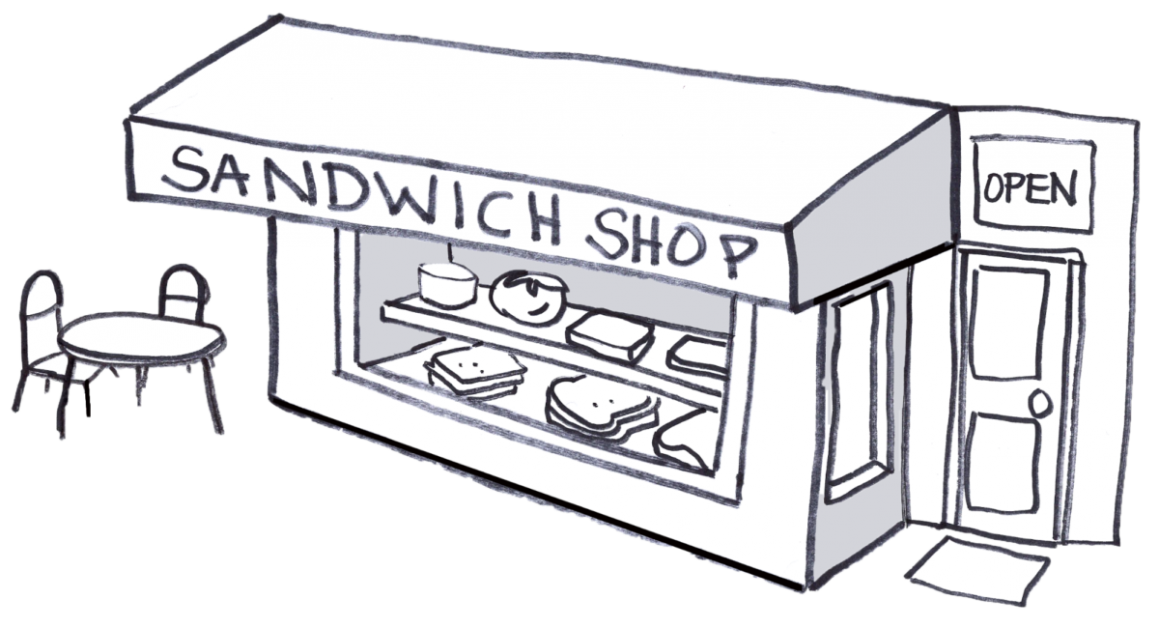 Bonus points if we can add value to the conversation for them:

I just read that every restaurant on that strip is going to start taking PayPal next month.

And if they’re still not telling us what we need to know, well there’s a solution for that too.

Listen to What They Are Not Saying

It sounds more like a zen koan than practical advice, but there is real, quantifiable value in paying attention to what is absent as much as what is present. Musicians call it listening to the notes that aren’t being played. Joel and Ethan Coen have built their filmmaking careers on the quiet moments between the dialogue. And when someone is telling us a story, every detail they leave out hides a story of its own.

There is real, quantifiable value in paying attention to what is absent as much as what is present. When someone is telling us a story, every detail they leave out hides a story of its own. Click To Tweet

For our restaurant reviewer example, remember that our foodie-personas aren’t solo acts — they are small-business owners overseeing a staff of reviewers and administrative personnel. Nearly 8 out of 10 owners might be interested in our product, which is great, but not enough to give us their email address and continue the conversation, which is not so great. So we consolidate our first cohort of interviews, looking for themes and patterns, but we can’t find anything.

It’s frustrating. We can’t find a connection  We close our interviews file, put on some Crosby, Stills, and Nash, and think about going back to Law School.

But then, somewhere between “Marrakesh Express” and “Wooden Ships,” we realise there was one thing these customers weren’t saying. They never spoke in the 1st person plural. It was all about I can’t schedule the reviews fast enough, and I can’t get the restaurants to send me their menus before press time. Not We can’t. Not My staff can’t or My reviewers can’t. It was all I. The owner is doing all the work.

So we go back to our project and redesign a delegation feature that makes it simple for the owner to push scheduling tasks to their staff. The owner simply sets the restaurant parameters (sizes, locations, types of cuisine) and assigns each reviewer a certain number of articles to turn in each week. This not only frees the owner up for other tasks, it gives their reviewers the freedom to choose their next meal, because Doug has had Tex-Mex four nights in a row, and Doug is not a corn person.

We alter our customer persona to reflect this need and emphasize this feature, and our next round of interviews is gangbusters — nine thumbs up.

I’ve had similar experiences trying to unearth salient details from magazine subjects. I once spent two hours with Willie Nelson, who’s been asked the same questions many hundreds of times, and quite naturally would give the same answers to everyone. He told me about driving to Patsy Cline’s house in 1961 to pitch her “Crazy” for the first time, then jumped ahead to how he thought her recording was the definitive version. 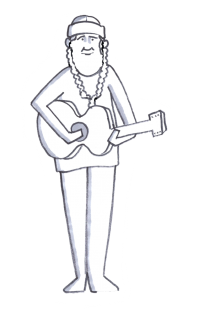 What he left out — the unspoken detail I wouldn’t have caught if I weren’t looking for unspoken details — was what happened during that time jump, the details between the pitch and the recording. What was he was thinking about when he watched her listen to his demo for the first time? 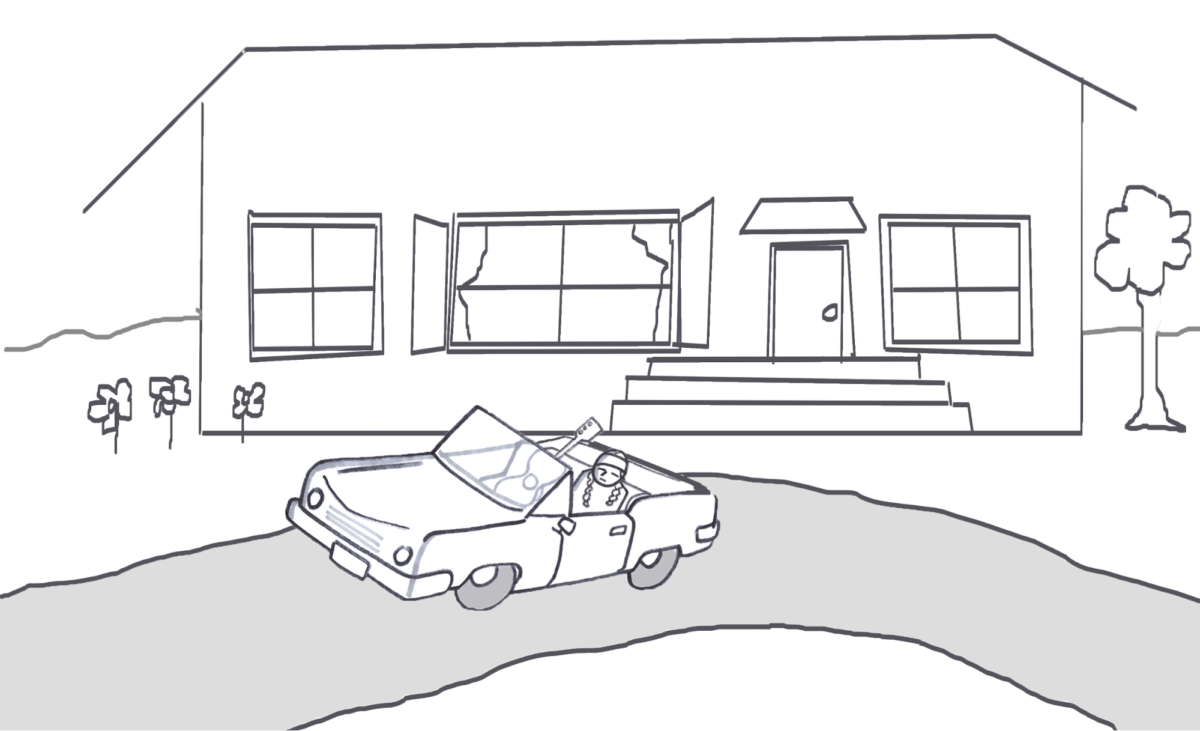 This one little detail brought forth an entirely new aspect of his personality that I hadn’t read in previous interviews. It opened up a useful storyline for my feature in the same way that our customer interviewer recognizing the lack of the word We uncovered the useful insight that led to the delegation feature for our restaurant-review company.

Sometimes the crucial element we want is something the interviewee never explicitly states. We need to listen to the stories between their stories. Click To Tweet

Let Them Tell Their Tale

And it all comes down to their stories. All of the discovery-interview tricks in the book have the same goal: to get the customer to tell us about their problems that we might be able to fix.

Problems are stories — it’s a dull tale that has no conflict to resolve. The customer on the other side of that table is the protagonist in their own adventure. We’ve selected them as a persona that might be interested in casting us as their hero (or even in a supporting role that lets them be the hero of their own story).

Be a listener: Only talk to make the customer comfortable or to dig for details.

And then shut up. 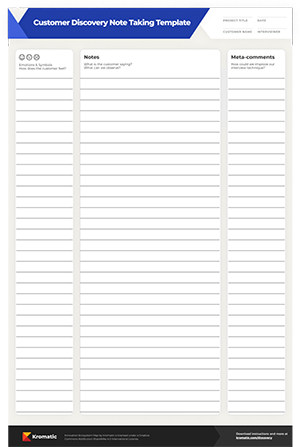 How Asking Works: A Crash Course in Customer Discovery Questions

Interviewing strangers is a science as much as an art. Learning how questions actually work can give you fresh insight into the customer discovery process. 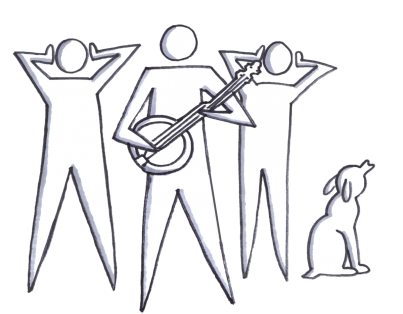