(This is a guest post by Dan Toma, an Accelerator Manager and Coach, and author of  The Corporate Startup Book. You can find Dan on Twitter, LinkedIn or his blog.)

Like with so many other good ideas that look trivial on paper, but people struggle applying, lean startup prioritization using a Hi-Lo diagram will be classified, by the ones that tried it and failed, as exactly that: a good idea that even though on paper makes sense, in real life is creating more hustle than it solves.

Being a big fan of this way of prioritization ever since I’ve read David Sibbet’s Visual Teams and Visual Meetings, I’ve tried it in many circumstances and actually wrote about it on a couple of occasions.

Looking back on all of my attempts of using the method, it is safe to conclude that my success with the method had more to do with the fact that I was using it alone and the number of things I tried to prioritize was quite limited, than with me actually understanding how to build and use a HiLo. 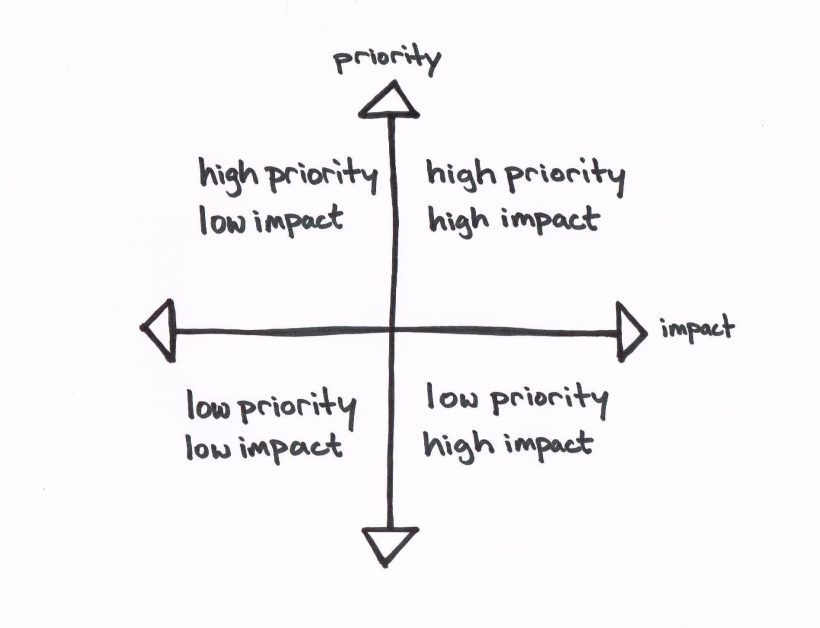 I’ve spent this past summer in Vietnam being involved, as part of a team with Nick and Ryan, in a Train of Trainers program for an Official Development Aid program of the Finnish Ministry of Foreign Affairs.

Part of the Train of Trainers Program we, together with our trainees, had to, on a regular basis, prioritize things such as: upcoming ecosystem development events, future government entrepreneurship policies, university curriculum modules, and more.

To be able to prioritize such complex topics, in a large group like ours (close to 20 people), we employed the Hi-Lo method, only to realize that we were failing miserably with every attempt and we were creating more arguments than we were solving.

The problem was that everyone in the room had a strong opinion and everyone wanted to see their ideas implemented, hence whenever someone was asked to walk to the board where we’ve created the Hi-Lo, their sticky-notes (at least 5 per person) with neatly written ideas ended up in the upper-right corner of the diagram (the higher and righter the better J).

As you might imagine our Hi-Lo looked more like a square (the upper-right quadrant) full of sticky-notes than an actual prioritization tool. Honestly, we were better off prioritizing alphabetically than with the Hi-Lo method. At least there wouldn’t have been that much follow-up work.

Since it is human nature to consider everything vitally important, some of you might end up experiencing the upper-right quadrant phenomena even when prioritizing alone a handful of items. Clearly this problem is bound to happen with any team larger than 4 members generating more than 2 sticky-notes per person, unless a new way of looking and creating Hi-Los is developed.

Talking with Nick and Ryan we realized that the problem was our process of creating and using the Hi-Lo, and not the people being actually honed in with themselves, and the place on the diagram their sticky-notes belong to.

Our biggest mistake – and the one I’m sure everyone that tried the method did – was to create 2 axes from the get-go.

We realized that by creating only one axis at a time we were going to have a fairly even distribution of items on the final diagram.

So here’s a step-by-step process of creating a Hi-Lo that actually works and helps you prioritize items (lean startup prioritization):

Step 1: Create and name the OX axis and mark its middle point. 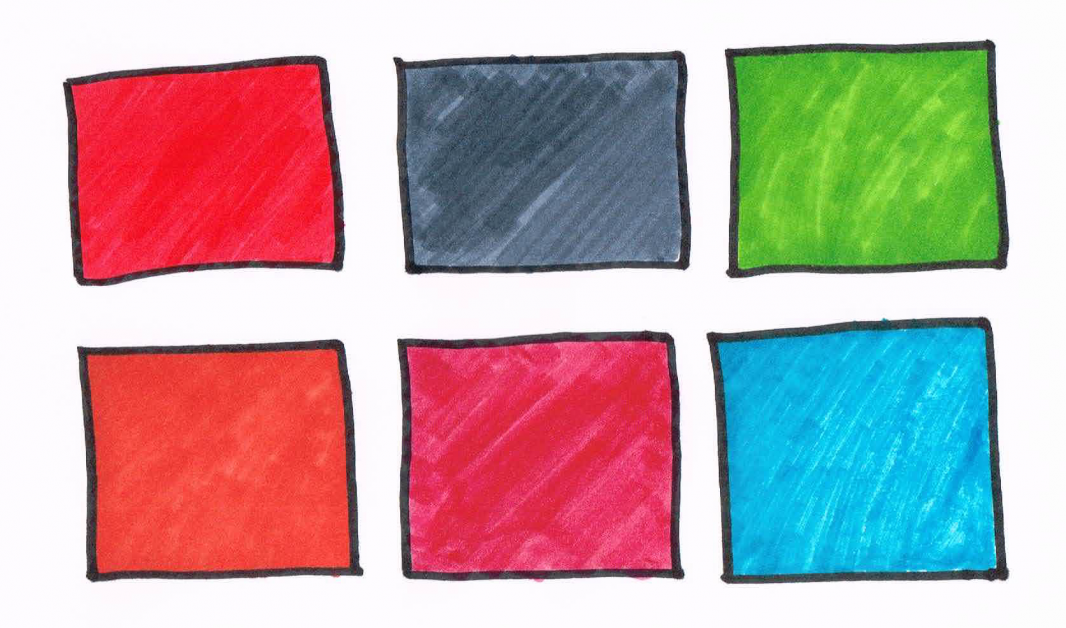 Step 3: Start placing the sticky notes on the OX axis. 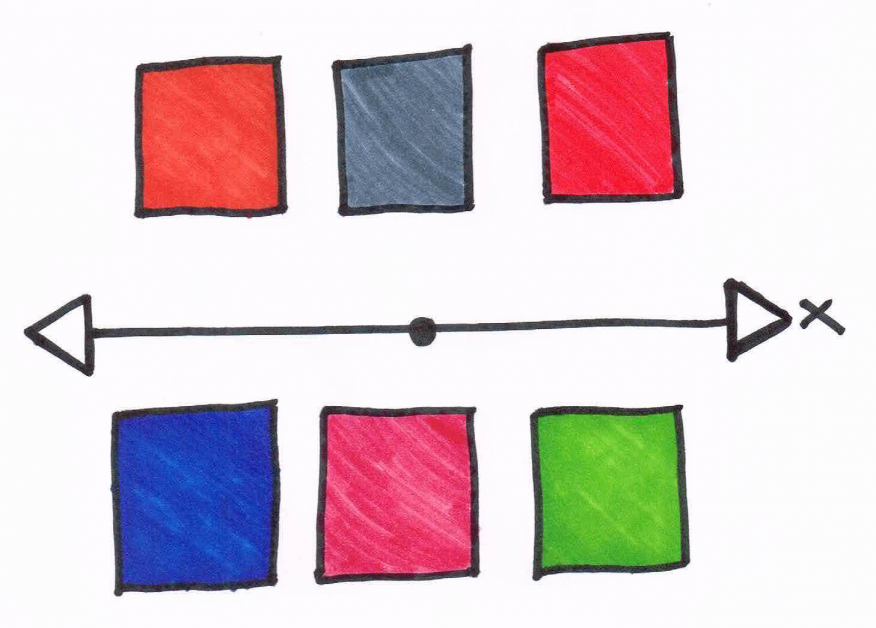 Step 4: Create and name the OY axis. Make sure it passes through the middle point of the OX axis.

Step 5: Without changing the relative position of the items on the OX axis, start moving them up and down relative to the OY axis. 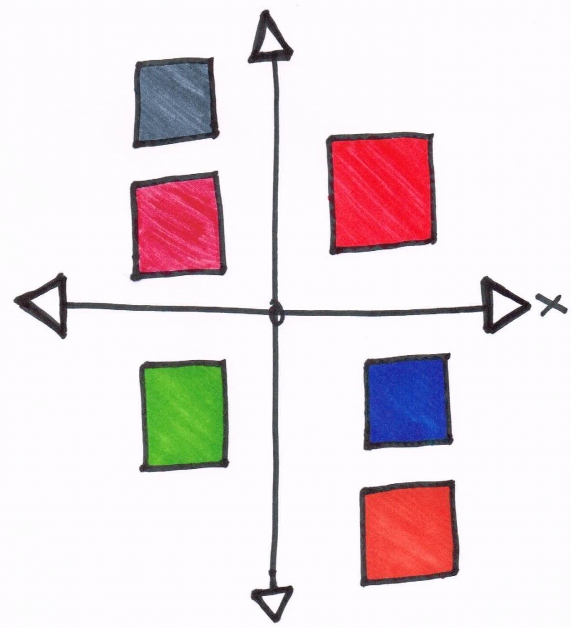 A couple of months after developing this five-step process to creating a HiLo diagram, I had to deliver a workshop on experiment design at Estonia’s largest startup accelerator, Tehnopol.

Before I taught the participants how to create relevant experiments that would move their businesses forward, I made them prioritize all their business model assumptions using this five-step process.

From what used to be a tedious task, now I have entrepreneurs walking up to me, face smiling, saying that didn’t know prioritization is such a fun and easy thing to do.

What is a Customer Profile Template? A customer profile template is a detailed visual and written representation of the target... 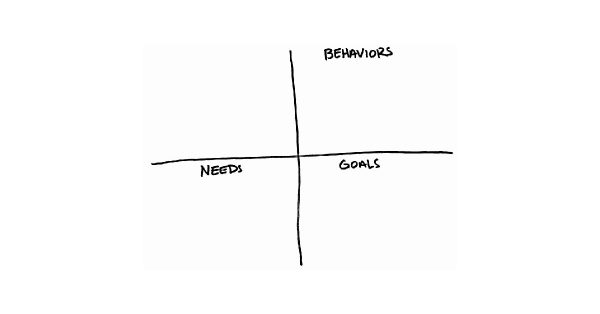 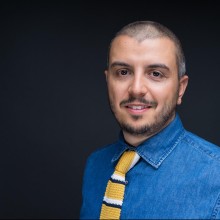 Dan Toma is an innovation thought leader and the co-author of the award winning book 'The Corporate Startup’ (published by Vakmedien in 2017 and awarded ‘Management Book of the Year for Innovation and Entrepreneurship’ by Chartered Management Institute and The British Library in 2018).