Innovation, Climate Change, and the Economy

Like many Americans stuck in the turmoil of our political season, a global pandemic, and murder hornets (still a thing), I’ve got a lot on my mind. But buried in the constant deluge of the 24-hour news cycle, there is one topic directly related to innovation strategy that deserves a closer look from our entrepreneurial community: the intersection of climate change and the economy. 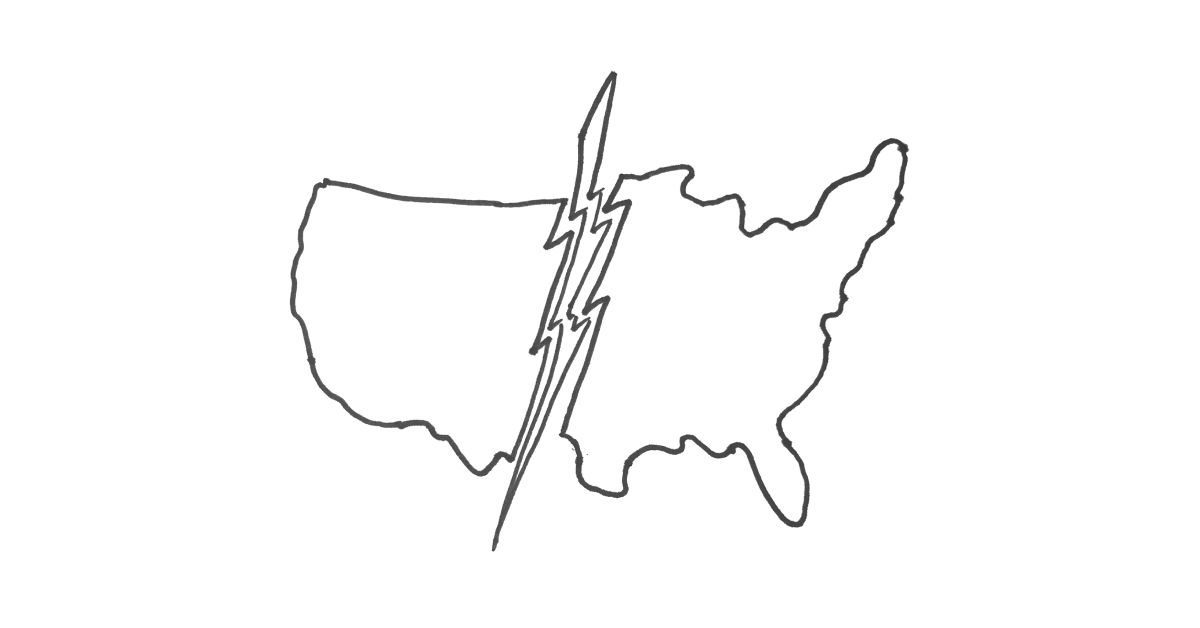 I’ll state up front that I am an independent voter, and am not registered Republican or Democrat. In terms of my economic preferences, I tend to be conservative. I want a smaller government and lower taxes, but the evidence shows that supply-side economics does not work — at least not for the majority of the people. I’m happy to pay taxes if there is a long-term benefit, but since both major parties are short-sighted on most issues, I don’t find myself at home in either party. I tend to vote for whomever I think provides the best long-term benefit to both my company and to the community.

But this isn’t a discussion about politics; it’s a discussion about strategy and innovation. Bottom line here, there’s a compelling reason to support environmental innovation to combat climate change, and neither party is promoting it: The technological disruption is coming, and America will either ride the wave or be crushed by it. Click To Tweet 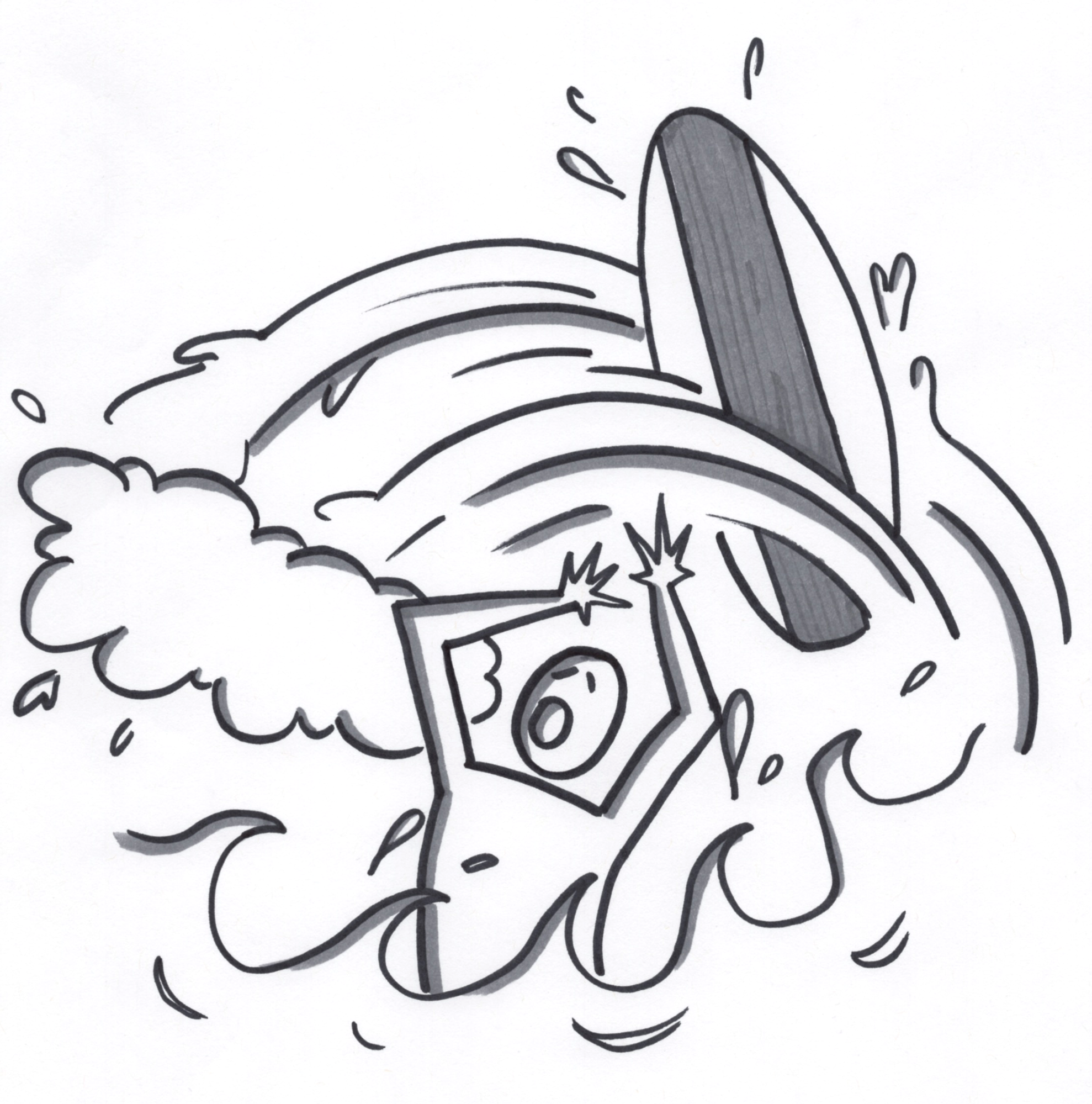 From a communications standpoint, this is clear and compelling. If you want the economy to grow, you must sacrifice some environmental protections.

Of course, if you don’t believe that human-caused climate change even exists — then this argument won’t appeal to you. But even those most politically opposed to action against climate change have changed their messaging from denial (“the science isn’t clear”) to prioritization (“the economy is more important”).

The pro-economy position now focuses on whether the effects of climate change are significant enough to warrant action, or if there are other, cheaper courses of action — such as forest management — that will slow climate change without harming the economy. To use a term we innovation folks know well, the pro-economy position is focused on the ROI of climate-change-mitigation strategies.

The Pro-Environment Position, Part I: Priorities

The alternative position has two main components, the first of which agrees with the “tradeoff” argument in the Pro-Economy position:

As you can see, this is basically flipping the pro-economy argument above. But what’s important to note is that both sides agree there is a trade-off. 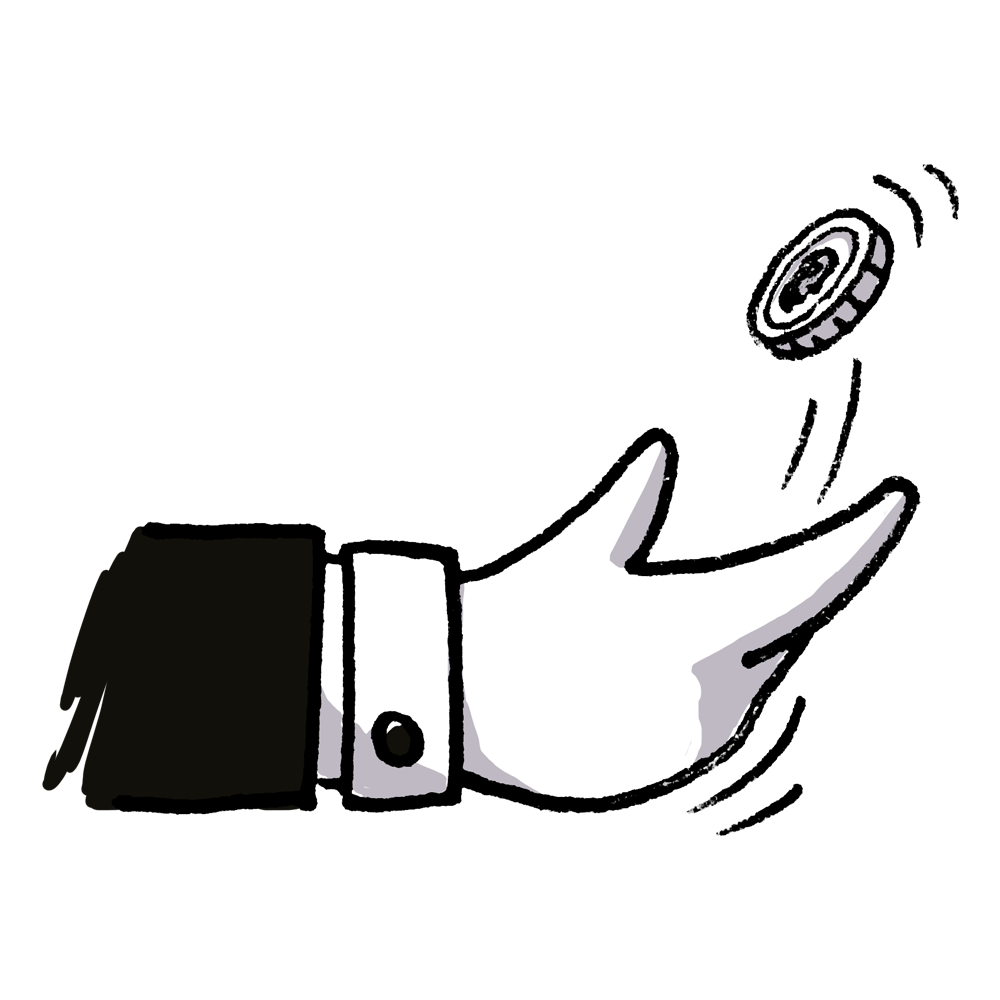 So this is not a disagreement on whether or not climate change exists, this is a disagreement on the Return on Investment. The pro-environment position is that the ROI of protecting the environment (in terms of either monetary value, happiness, or moral value) is worth the cost to the economy.

Unsurprisingly, this argument doesn’t seem to be convincing anyone who is in danger of losing their job because of environmental regulations. And let’s be clear — losing your job is a valid and urgent concern. It’s one thing to recognize that climate change threatens everyone generally. It’s quite another when a government policy threatens you specifically. We can’t fault anyone worried about feeding their family.

That’s where Part II of this argument comes in.

Protecting the environment will not actually hurt the economy, or more specifically,  jobs:

The argument here is that building electric refueling stations, insulating old buildings, and buying electric cars with government rebates will boost the economy. 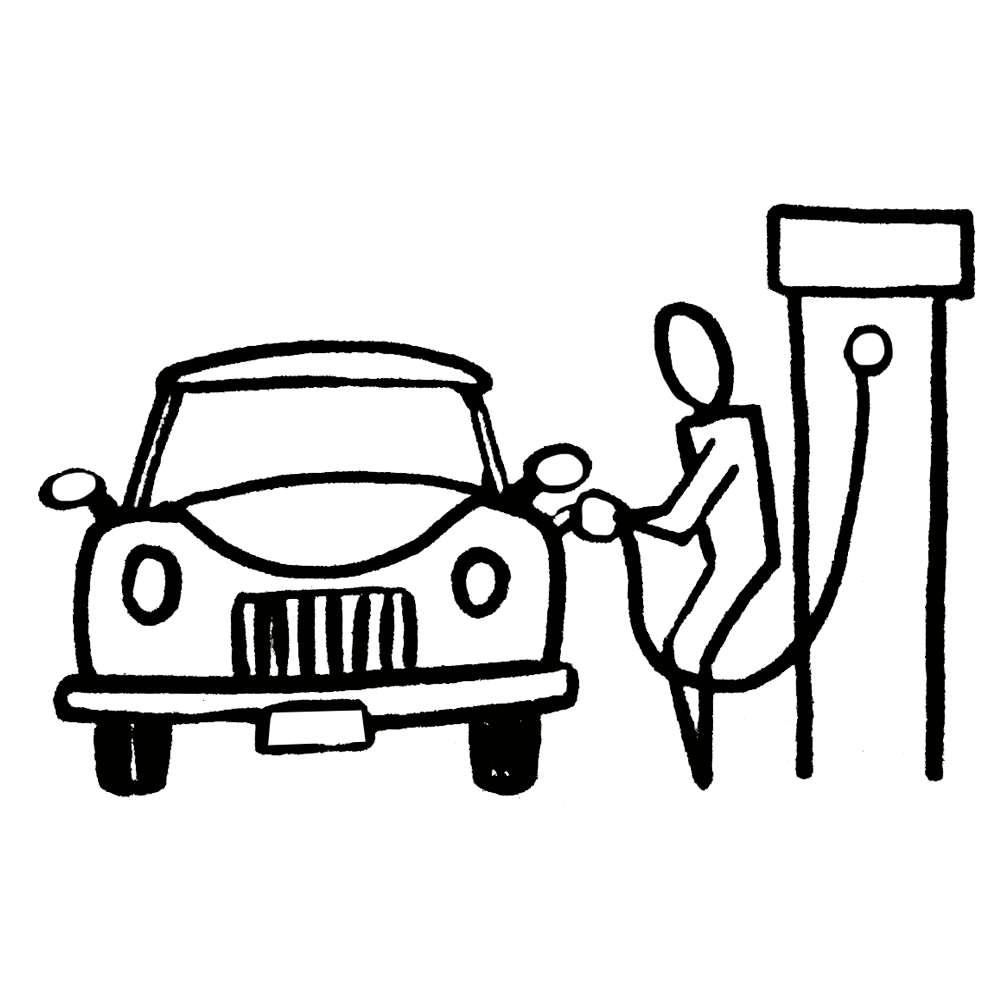 This is technically true.

If the government spends money, that does boost the economy. America is doing this with trillions of dollars in stimulus money during the current recession. This is not a disputed fact.

There is a principled argument that the US government is simply not well suited to actually spending the money — that the free market is generally much more efficient at allocating resources. But this strays away from the argument and into political territory.

It could be that the government is unable to recoup its spending via taxation if the spending does not produce significant growth, and then we’re suffering the consequences of long-term debt. An environmental argument focused on job creation requires a thorough policy analysis to determine the long-term effects of that spending.

This type of analysis is controversial.

The ROI arguments behind each of these conflicting priorities are essentially two competing business plans, both filled with untested hypotheses.

This argument is fundamentally unresolvable, because neither side is actually willing or able to test their hypotheses and let data dictate the result. It is an argument of predictions and not of facts. 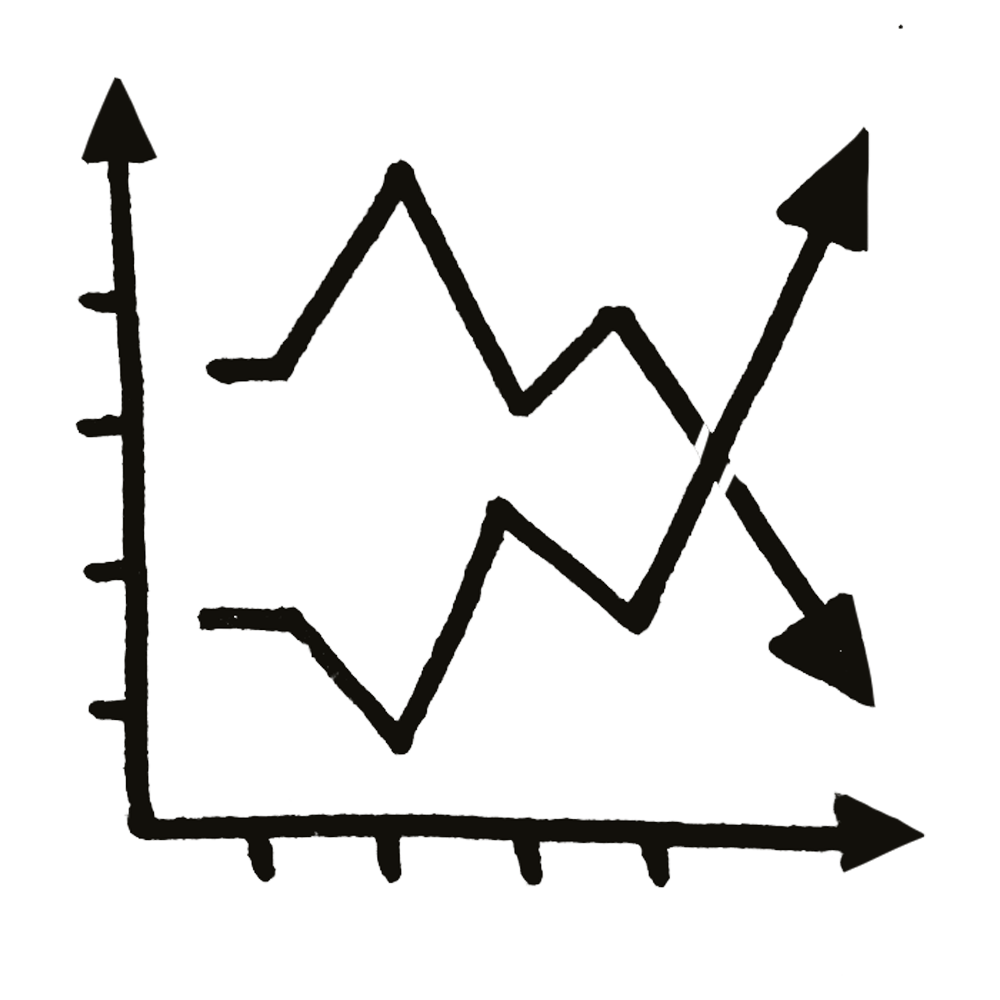 (Note that I’m referring narrowly here to the “ROI argument.” We are temporarily setting aside the non-financial aspects of the environmental stance — morality, happiness, etc.).

The real argument for moving towards a carbon-neutral economy is centered around risk mitigation:

This brings us closer to something that is fact-based and testable.

We know the cost of natural disasters and are fairly adept at modeling them. We know that a dust storm in the Saharan desert can affect hurricanes on the eastern seaboard of the United States. We know that natural threats feed off each other to create a growing scale of expense. We know that nearly 3 billion people suffer from water scarcity, and climate change models show that number growing at a predictable rate. We know how to run Monte Carlo simulations to predict the path of hurricanes. We know there will be forest fires, earthquakes, hurricanes, tornadoes, and can even predict plagues of locusts.

In other words, this should not be a political argument. It is a calculation about the impact of sustainable technology.

There is an even simpler argument that every innovator knows well, particularly those who work in highly competitive industries: You can’t grow your business by selling last year’s products. 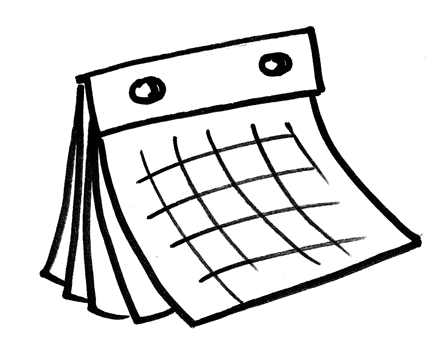 Would you invest in a horse-drawn carriage factory in 2020?

Why should we focus on building gas-powered cars in 2021?

Why should we invest in drilling for oil when consumers are moving steadily away from oil-based products?

No CEO who expects to be in business for the next 10 years says, “Forget about innovation strategy. Forget about improving our product. Forget about our competition. Just build what we built last year.”

American industry is competing against China, Russia, the EU, Brazil,…well…everyone is an economic competitor. If we do not build these new technologies, someone else will (and many already are). 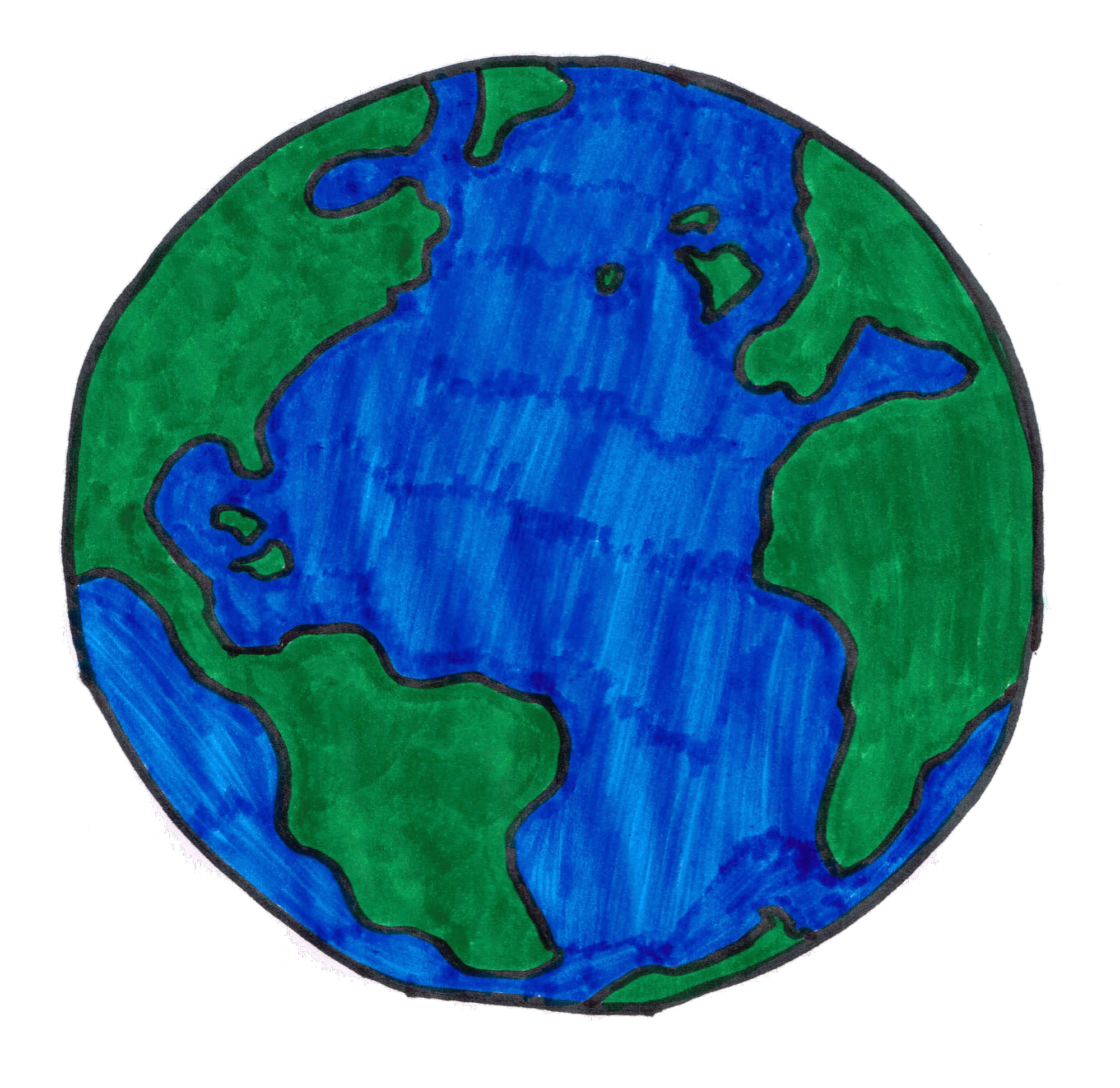 The critical thing to remember about disruption is that there is usually no immediately visible ROI. The immediate impact of a disruptive change is often a contraction of the existing market while new market dynamics are established. Click To Tweet

This is not actually an issue of maximizing ROI and determining the right tradeoffs between the economy and the environment. This is an existential crisis for American competitiveness. Are we going to be Kodak or Facebook? Netflix or Blockbuster?

If we don’t face the reality that protecting the environment also protects the economy, then the U.S. will be buried by the weight of outdated infrastructure. We will be the land of abandoned oil rigs, empty manufacturing plants, and mountains of plastic bottles.

Visions of the Future

To buy into this argument, we only need to ask a simple question: Are consumer preferences shifting to environmentally friendly products? 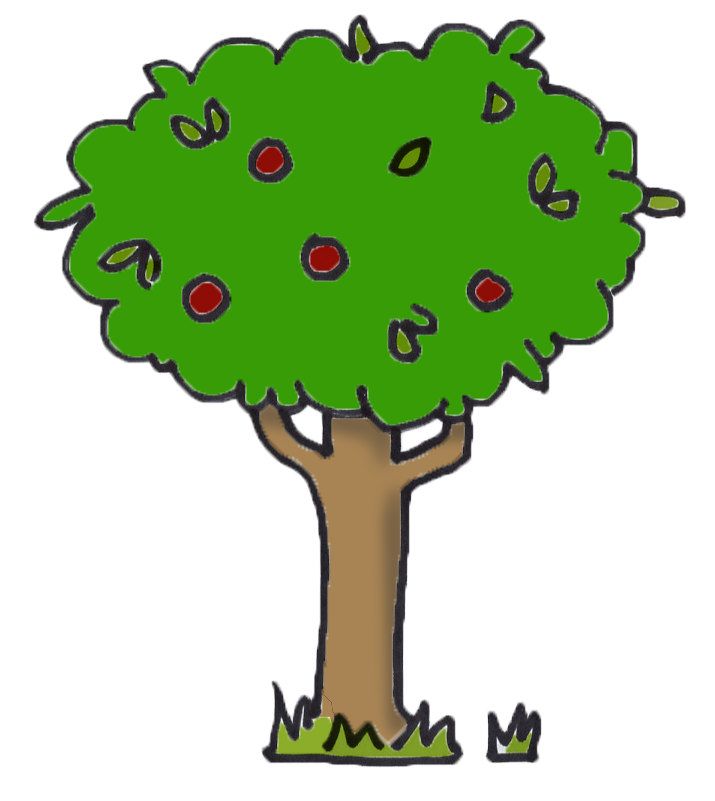 Even if Tesla goes bankrupt tomorrow, is the electric car market growing or shrinking? Does it represent a business opportunity and potentially business-model disruption?

In a word, is a path towards economic stability through responsible environmental stewardship inevitable?

China has already promised to reach “peak carbon” before 2030, and get carbon emissions to almost zero by 2060. To do that, they need to create new technologies and new eco-friendly products.

The EU views the technological advancement and high-tech jobs from low-carbon technologies as their “growth strategy – a strategy for growth that gives back more than it takes away.”

The private sector is thinking along similar lines. Patagonia will be carbon neutral by 2025, and is showing a healthy bottom line as a result. Holie Foods is working to go beyond carbon neutral to create a “climate positive” company. Scotland-based brewery BrewDog is carbon negative already and working towards being zero waste in the next two years. Companies across the UK have committed to going carbon neutral. Even energy companies know the writing is on the wall, pouring millions into climate-friendly initiatives — and millions more telling people that they’re doing it.

To be fair, something that sounds eco-friendly isn’t always eco-friendly. Some emerging green technologies endure flaws to reduce greater harm. But that’s the nature of investment — you have to spend to make.

And of course, the path to true sustainable technology is paved with greenwashing. Are we supposed to believe fossil fuel companies are really green at heart when they’ve spent decades pouring untold fortunes into climate-science-denial?

Well, no. We can’t just take everyone’s word for it. But the fact that even the worst offenders are even trying to look green is telling — they are responding to consumer demand, which shows a clear and growing preference for a national strategy that benefits both the economy and the environment.

This change is inevitable.

To believe that America can remain competitive tomorrow without focusing on environmental technology and innovation today is to simply not be paying attention. Sustainable technology, like all technology, was expensive at first and required investment. But it’s getting cheaper and cheaper, and we are well past the point where we have to embrace it to stay competitive.

The disruption is coming. If America doesn’t listen to consumer demands and innovate, then others will.

Disagree? Please let me know why in the comments below.  (Only if it’s an economic argument — please save the political arguments for facebook.)

Special thanks to Rob Aalders for researching many of the carbon neutral examples linked to in this post. 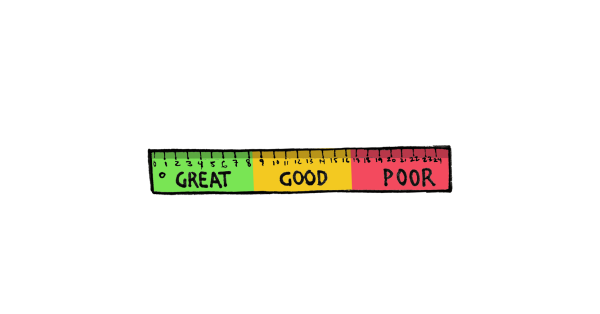