How to Make “Pivot or Persevere” Decisions in Your Innovation Accounting 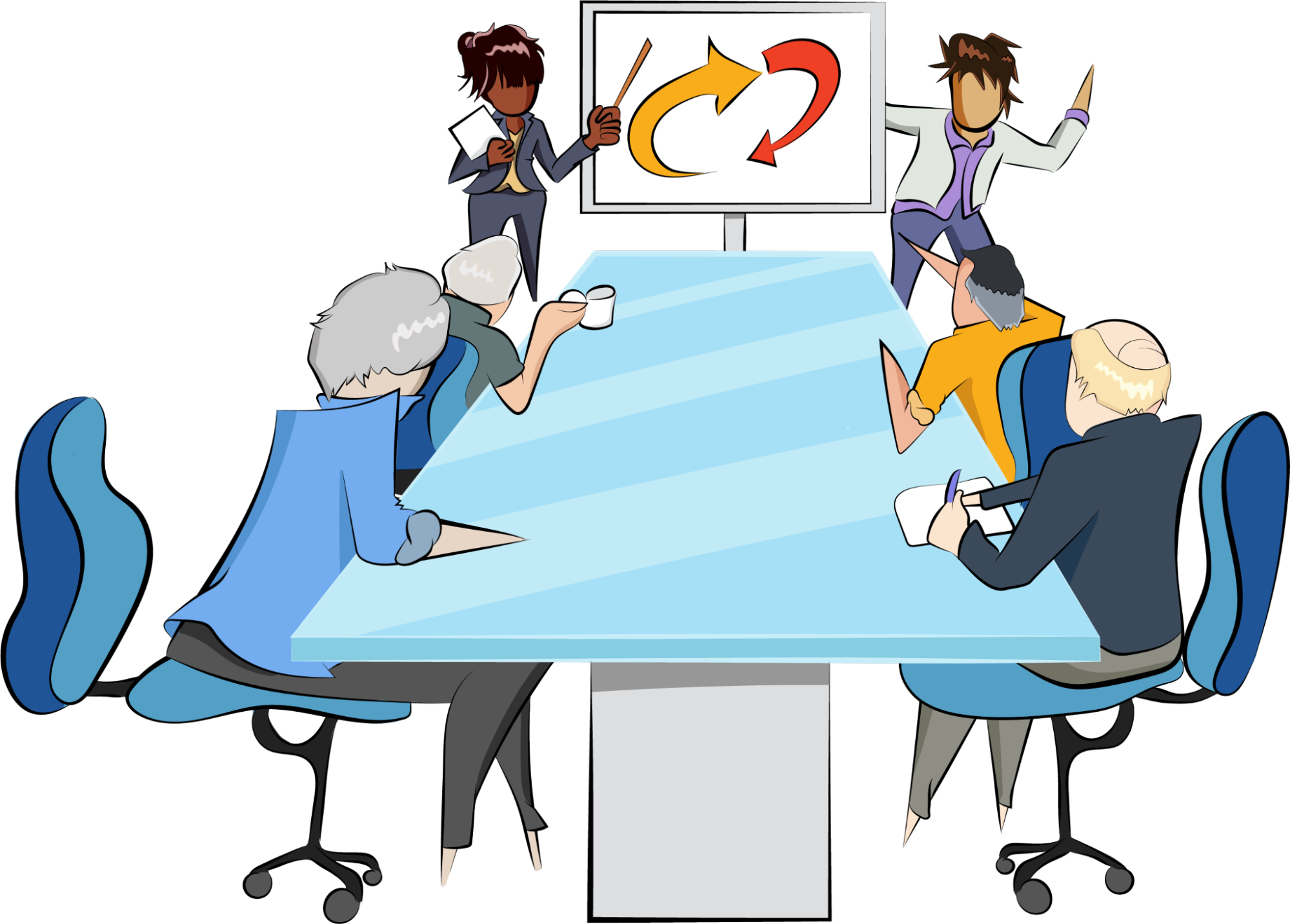 A “pivot or persevere” decision is the backbone of lean startup. It is the whole point of innovation accounting – the innovator has to consciously look at the data and make a decision on what to do next. Without a data-driven decision on next steps, all the MVPs, experiments, and Building-Measuring-Learning don’t mean a thing.

The basic concept of a “pivot or persevere” decision is that once we have gathered enough data, we are obligated to look at the data with clear eyes and decide whether or not the business model is worth pursuing. Even a nonprofit has a business model, and even a government entity with fixed resources has an impact model where they are obliged to spend their resources in the most effective way possible. Deciding where to spend our time and money to achieve the most impact is a fundamental necessity. If our current course of action will not result in the intended outcome, we are obliged to pivot or stop the project entirely.

While the name “pivot or persevere” implies that there are only two options, there are actually four possible outcomes to a decision:

Of course, most decisions made by human beings are clouded by universal cognitive biases like sunk-cost fallacy, confirmation bias, and selection bias. So it is even more important that we let data be our guide and set clear criteria that will help us make those decisions before gathering the data.

Setting unambiguous criteria before the evidence is in front of us can help mitigate (but not eliminate) many of those biases that plague overly optimistic innovators. So we should make these decisions by setting two metrics: a success criteria and a fail condition. By applying these metrics to our data, we can let the numbers tell us which option is the right one for the project.

This is more than just >40% on Sean Ellis’ famous Product / Market Fit Survey. If >40% of people say they would be “very disappointed” if our innovation were no longer available, that’s great, but it’s not enough. Having people love our product is necessary, but not sufficient for scaling. It’s quite possible to have a good result on the survey and still have a business model that doesn’t earn money or produce impact.

Our team at Kromatic uses a stricter definition of Product / Market Fit, something we call Business Model Viability – a sufficient demand in a clearly defined marketplace for a product delivering a clearly defined value proposition to allow efficient (human or financial) capital expenditure to scale value creation.

In simpler terms, the business model needs to produce a Return on Investment (ROI). Every dollar shoved into the company should create a return of more money, or, in the case of nonprofit or government entities, more impact.

That means a startup, even a nonprofit startup, must have a clear, hypothesis-driven financial or mission impact model that predicts a positive ROI.

How do you create a predictive, hypothesis-driven model?

In our Innovation Accounting program, we use a Monte Carlo simulation to create a histogram and hurricane graph of potential outcomes, which allows us to calculate the probability of hitting Product / Market Fit. 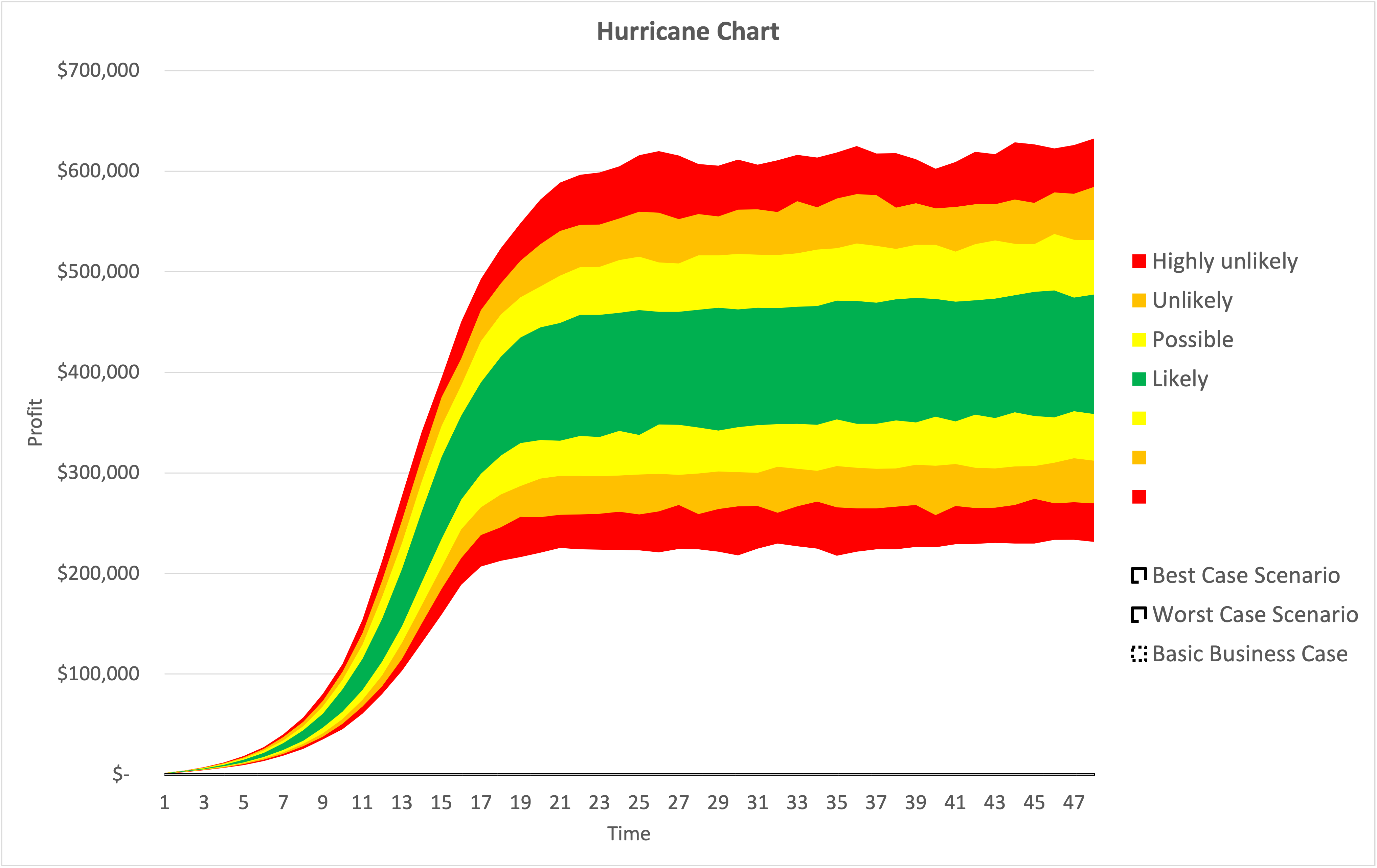 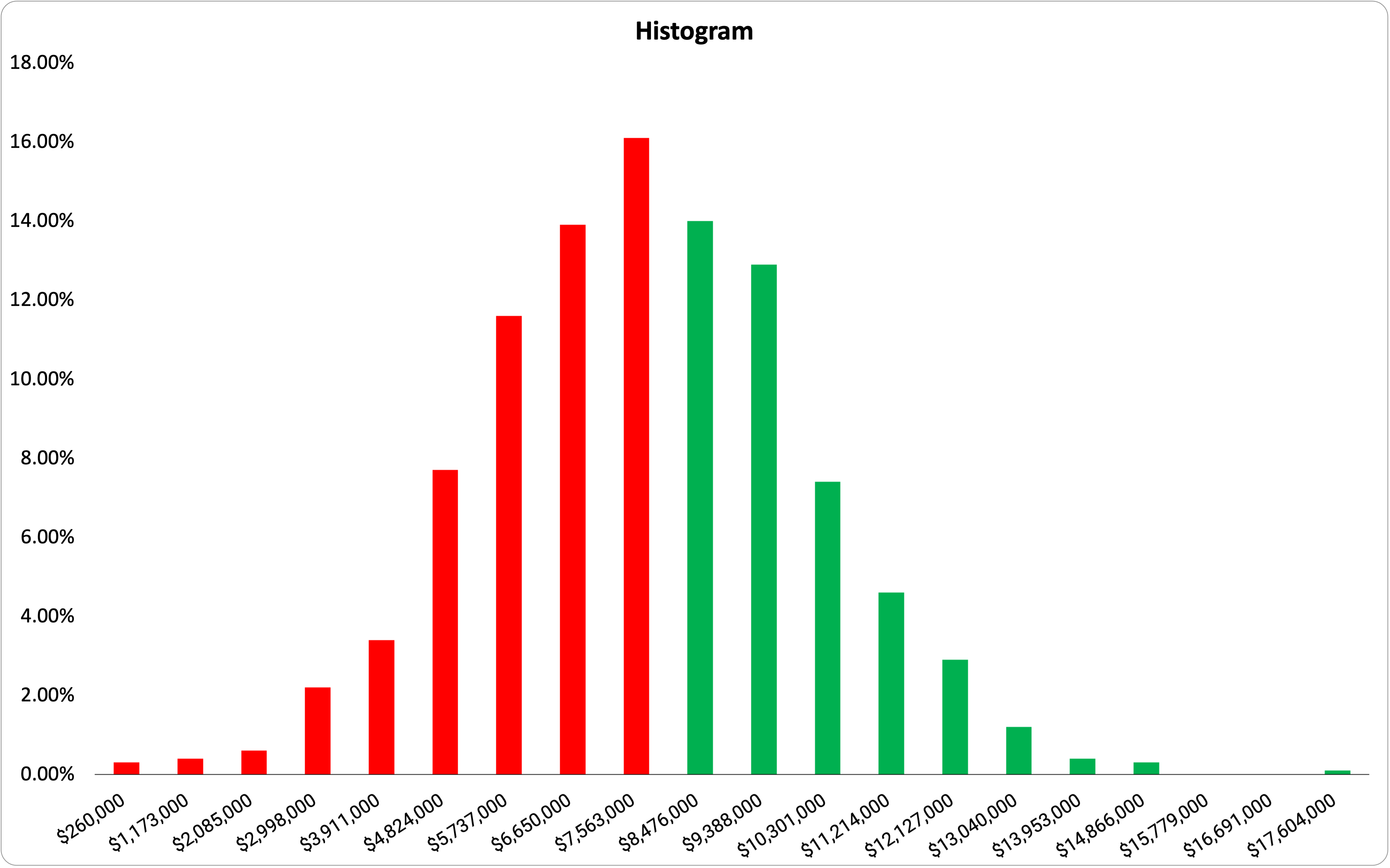 Using these simulations, we can set our success criteria as:

We must define success in terms of impact, time, and probability:

“There is >60% probability that we will earn $1 billion in revenue within 6 years.”

“There is >75% probability that we will halve our carbon footprint within 2 years.”

A decision to scale is not a decision to stop experimenting. It is a recognition that the fundamental business model is sound, so the focus shifts away from exploration and towards optimization and company-building.

Without goals, deadlines, and a probability of success, we cannot declare success and begin to scale.

Shutting down your innovation project is a hard thing. When I use the word “kill” or even “failure” in a corporate workshop, there is always a shudder in the room. Some of our clients prefer to use the gentler terms “sunset” or “retire” – which is a little odd since the goal of many innovators is to earn enough money to retire and sit around watching the sunset.

But why fear failure?

There’s nothing worse than wasting your time and sweat on something that won’t work when you could be spending it on a more promising project. A zombie project that refuses to die just sucks the life out of you until you can’t bear the thought of ever innovating again. It turns entrepreneurs into risk-averse drones who shun responsibility and hide in their cubicle behind process and paperwork.

If you are destined to fail, better to fail fast and get it over with. Click To Tweet

For example, my success criteria for a new restaurant may be to have a >75% probability of making $1 million within 2 years, but the fail condition could be a 50% or greater chance of running out of cash flow within the first 12 months. 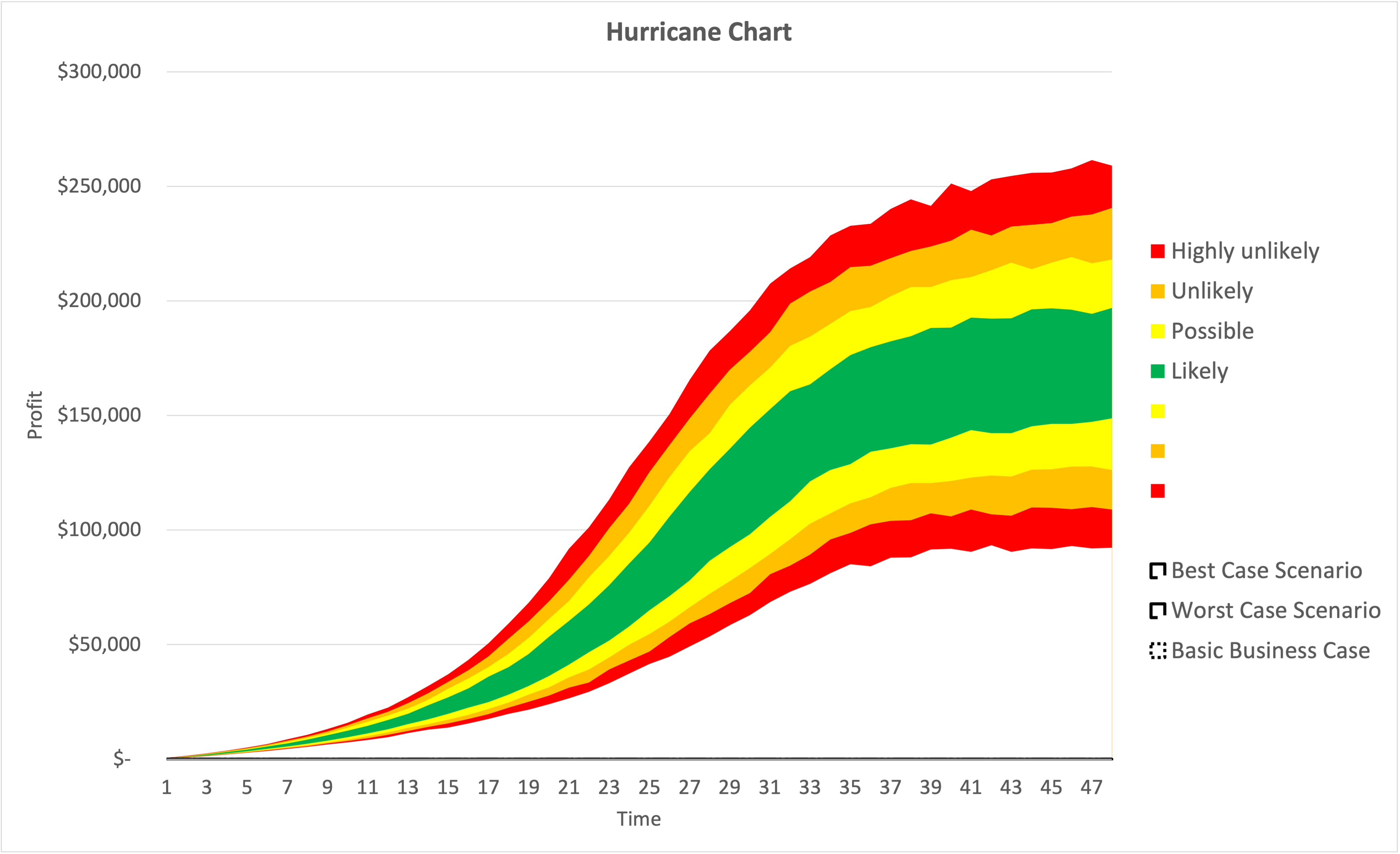 A social media startup may ultimately want to turn a profit, but their fail condition is generally based on short-term user growth, with the idea that their ability to achieve success through monetization will come later.

For most startups, there are certain milestones they need to hit in the short term to unlock additional investment, guarantee approval from higher-ups, or just allow them to keep doing business. Those milestones need to be hit within their runway, which is the amount of money, time, and people they have to work with. These data-backed milestones should self-determine the viability of the project, and whether it’s time to pull the plug.

Pivot and kill share the same criteria, but there is one small distinction, which can be expressed as an equation: 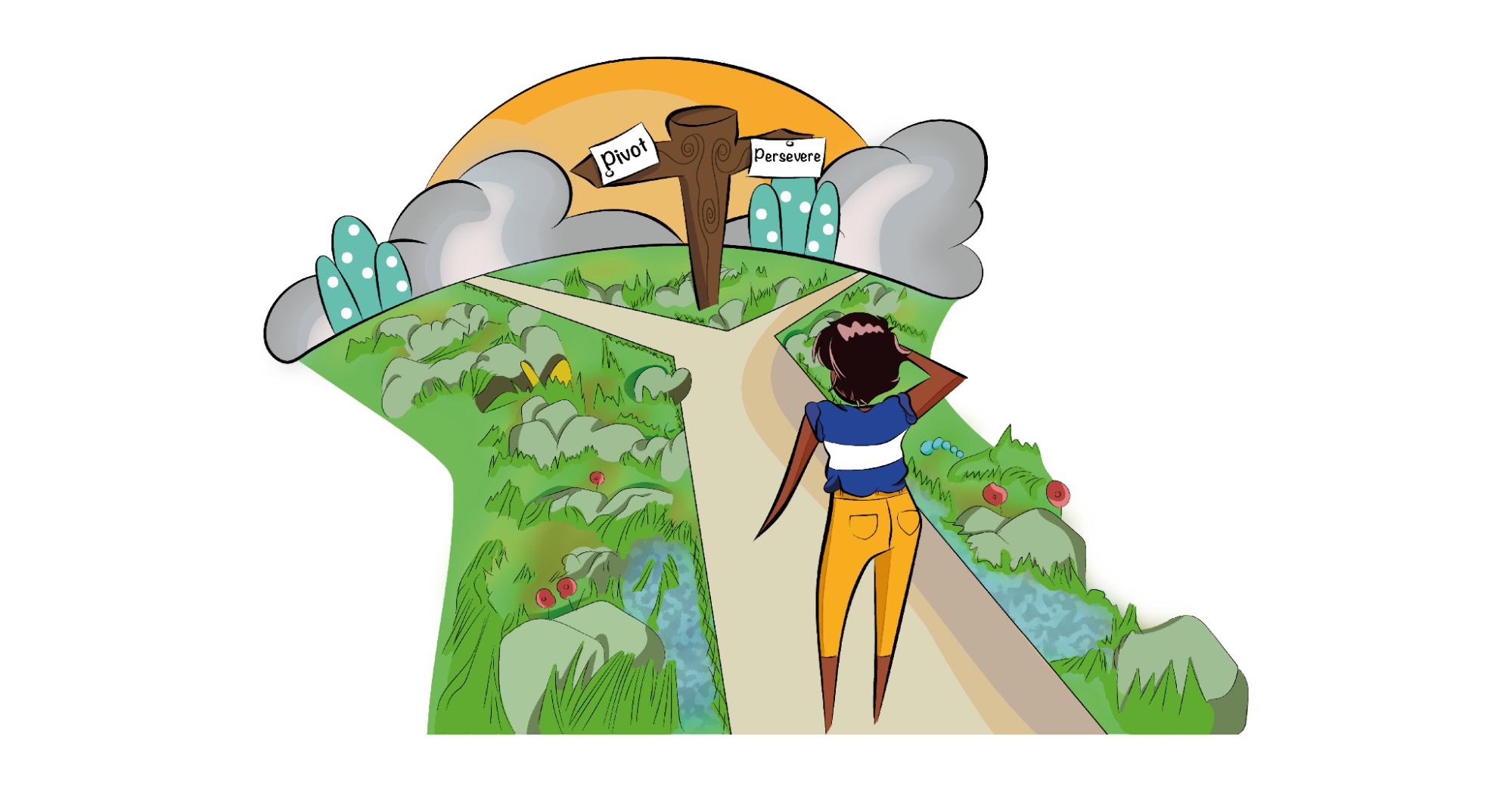 But if we have an idea of how to pivot and the resources (money, time, and people) to try it out, then we have hope. So the quantitative criteria for pivot and kill decisions are the same – if stuck between the two, just ask yourself if you have the ideas and the runway to generate a reasonable hope that you can turn the project around.

The conditions to persevere are clear, or rather, deliberately ambiguous. Persevering is not success, and it’s not failure. It’s everything in between. 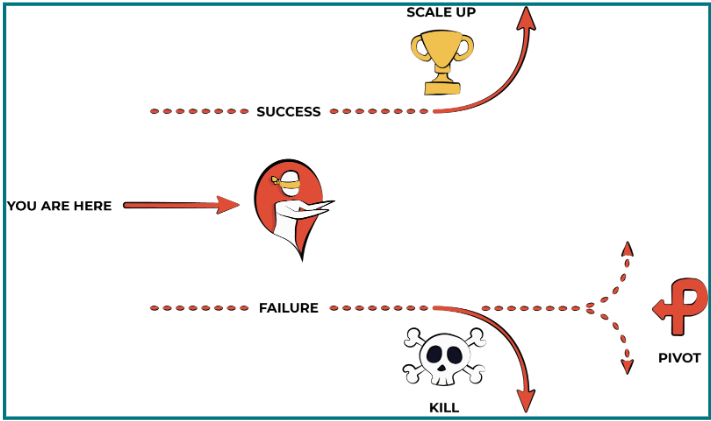 We are below the established success criteria to scale, and above the fail condition that would make us pivot or kill the project. This is not the time to pivot – our business model might actually be working, but we need more data. We simply lack enough information for a conclusive decision. A decision to persevere is a kind of innovation accounting limbo that we must fight to escape until we get to a clear “kill or scale” decision.

But persevering cannot be the default decision. Indecision is not a strategy. We can’t just go get more data because we’re uncomfortable making hard choices. That’s why it’s critical to set our success criteria and fail condition early and stick to them.

Eric Ries recommends putting a “pivot or persevere” meeting in the calendar ahead of time so there is a clear deadline and a moment of accountability.

If you are working on an innovation project, open up your calendar and create a “pivot or persevere” meeting right now. I recommend scheduling at least once a quarter, but if you get early data that tells you to pivot or kill early, don’t be afraid to act on it.

A Plan to Persevere – Identify Next Steps

If we do wind up with a decision to persevere, it’s critical to have a clear course of action. That means running more experiments and narrowing the Margin of Error on the key variables that are driving our financial or mission-impact results.

For example, if our current conversion rate for users to upgrade from a free to a premium subscription is 10% +/- 5%, we may need to run an experiment to narrow that Margin of Error to +/- 2%. The result may be that we will ultimately fail and kill the project, but it’s better to know now, so run the experiment.

How might we identify our project’s key variables and narrow the margin of error on them?

In our Innovation Accounting program, we run a sensitivity analysis on a hypothesis-driven financial model to determine which variable is driving the most uncertainty in the output, and then target that variable for our next experiment. 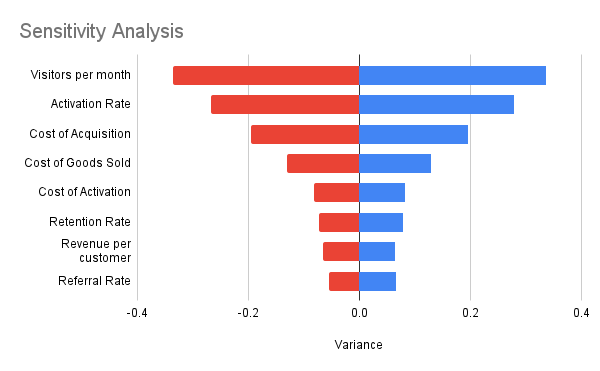 Once the uncertainty of the first variable is reduced, a new variable will surface as the most risky, and we’ll set up our next experiment to narrow our results even more. Ultimately the data will show us the way to go.

The Art of Guesstimation

How to make an accurate "guesstimation" when there is little data available. 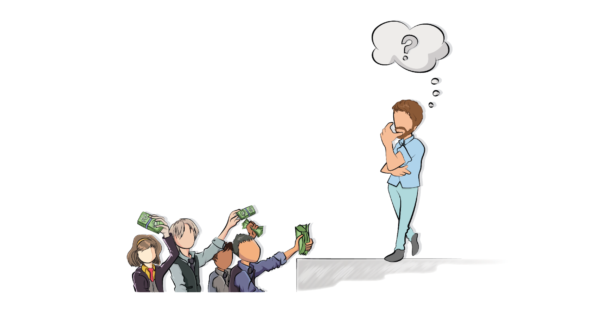