What Is an Innovation Ecosystem?

I don’t remember when I first heard the term innovation ecosystem, but I do remember how it had an immediate appeal. It sounded important. Something everyone should be concerned about.

Strictly speaking, an innovation ecosystem is a system for repeatedly delivering new, sustainable business models. It is composed of people, but also processes and systems that can support a concept from ideation to a scalable business.

But even having used the term for the past four years, I have to admit I had a loose grasp on what it actually was.

This point was brought home to me by lean startup guru Brant Cooper, with whom I frequently share the stage. During one presentation, Brant decided right before his talk that “innovation” was a silly word, and crossed it out on every slide. He then declared to the room that we shouldn’t use the word if we couldn’t define it.

Since I was the next speaker, I followed his lead and frantically crossed the word out of my presentation too. Neither of us got very far into our talk without saying it, because hey, it’s the buzzword of the day.

Regardless, Brant was right. We rarely define the word “innovation” sufficiently, and I have yet to come across an adequate definition of one of our most important terms: Innovation Ecosystem.

So let’s break it down one word at a time.

Innovation is a poorly understood concept, and even the Oxford English Dictionary isn’t much help.

The action or process of innovating.

The second definition is far too broad:

I suspect much of the vagueness surrounding “innovation” exists because we often confuse it with “invention.”

Innovation is about creating value.

The classic example of innovation is the Apple iPod, and Steve Jobs is the classic innovator. But Steve Jobs did not invent the iPod. 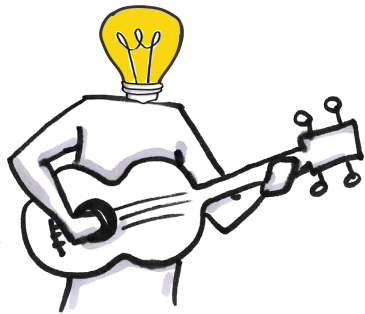 Kane Kramer patented the concept of a portable digital music player in 1979, the same year the walkman gave people with cassette tapes the ability to “bring your music everywhere.”

Apple wasn’t even the first company to attempt a product from Kramer’s invention. MP3 players from Diamond, Creative Labs, and Sony were already on the market before the iPod came out in 2001. Steve Jobs didn’t even name the iPod. That was done by Vinnie Chieco, who didn’t even work at Apple.

So whatever innovation is, it isn’t just invention, or marketing, or creating catchy names.

Innovation is about creating value.

Kramer invented the digital music player, but failed to create any sustainable value. Brilliant as he was to patent the idea at 23 years old, Kramer couldn’t get enough funding to take his concept to market in a meaningful way.

Steve Jobs, however, was very good at bringing different elements together into a unique and novel configuration that was highly valued by the market. His innovation was not the iPod, it was the iPod + Apple Music + musicians + (eventually) the App Store + the means for outside entrepreneurs to make apps.

From the original Apple computer, to the Mac, to the iPod, to the iPhone, Apple’s business model continued to change over and over again, and deliver enough value to enough people to keep growing.

Innovation must be new, it must deliver value, and it must do so repeatedly. Click To Tweet

This definition doesn’t require building on a massive, billion-dollar scale. It just needs enough scale to be sustainable.

From that example, we can clearly say that innovation is not invention. 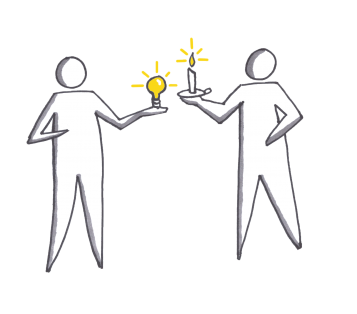 Innovation is a process. To innovate is to combine business model elements into a novel configuration that delivers more value than the individual elements. It is the process of creating a business model that’s new and sustainable at any given scale.

Invention is singular. Innovation is plural.

Invention requires the creation of a prototype or diagram of the product.

Innovation requires some degree of scale. It is not about producing one, ten, or a million units. But it does require some repeatable means of producing those inventions and delivering them to customers over and over again.

The only qualification for being an inventor is to engage in the creative process. It doesn’t matter if the output is good or bad. It only matters if the inventor is not trying to recreate something that already exists.

Inventors can give themselves the title by their actions alone. Innovators can only be called innovators if the customers and users agree.

If the business model doesn’t create a compelling value proposition that users will buy, then putting “innovator” on a LinkedIn resume is meaningless bluster. 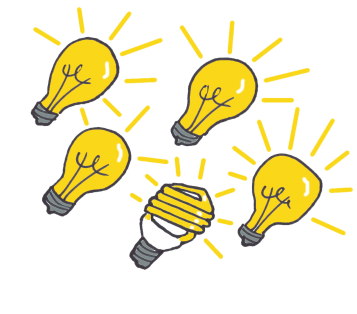 Inventions are tangible. Innovations are intangible.

Inventions, by definition, produce an output. Even inventing a new service involves some sort of physical act.

Innovation is about business models, which are fundamentally composed of knowledge, not physical objects. We can look at a diagram of a business model and see the interactions between customers, products, resources, revenue, and costs. But we cannot look directly at a business model. There is nothing physically there.

Invention is an event. Innovation is a process.

An invention occurs once and then never again. Only the first person gets the prize. But innovation is only considered innovation if it is sustainable to some degree. Someone who creates a business that dies within a year can hardly be considered an innovator. Short-lived business models that do not lead to bigger things are not innovations, they are fads.

What is an ecosystem?

Most people who try to define ecosystem wind up talking about plants and fish and trees, and waving their hands around like they’re explaining something.

Oxford does a little better on this one: 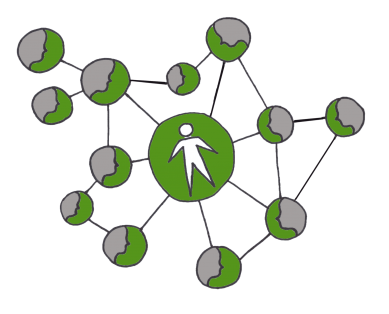 Imagine a map of New York City that just listed a bunch of things:

While technically all of those things are part of New York, such a map wouldn’t help me find Houston street or even a decent hot dog. A functioning map needs to show the relationships between these things.

For a street map, showing distance at scale would be a good start. For an ecosystem map, a good starting place might be to know who is eating whom.

In this case, the people aren’t (generally) eating the rats, they are eating the hot dogs. The rats are also eating the leftover hot dogs, and in some unspeakably rare cases, wind up being made into hot dogs.

The baseball teams aren’t really eating anyone, but they are consuming the money from the people via the purchasing of hot dogs at their games.

The concrete is of course what everyone is standing on. No one eats that.

What is important is the relationship between the elements, not simply a list of the elements themselves. The elements must be interacting in some meaningful way by exchanging resources, or to put it more simply, exchanging inputs and outputs in a sustainable manner.

What is an innovation ecosystem?

The output of innovation is value.

The output of the ecosystem is constant innovation.

But defining an ecosystem is just the first step. If our goal is to increase our ability to innovate, then we need to discover the levers we can use to manipulate the input/output relationships within that ecosystem for maximum advantage.

If we can do that, we can go beyond simply understanding our innovation ecosystem, and begin to control it.

Grow your innovation ecosystem by applying Liebig’s Law of the Minimum to help you identify your limits and boundary constraints. 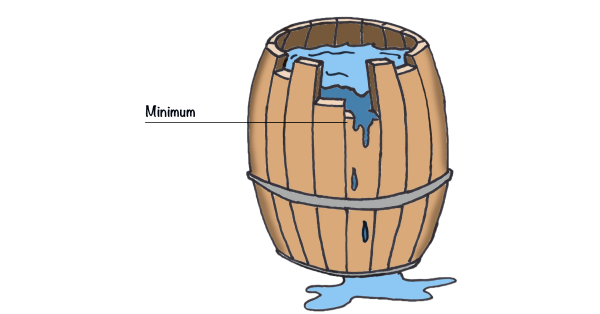