Taxonomy of the Lean Startup Anti-Pivot

Startup Pivot: Pivoting has been up and down the Gartner Hype Cycle at least twice now. Sometimes it’s an accurate term to describe what entrepreneurs have to do to survive: adapt to customer feedback.

(Special thanks to Mike Woloszynowicz – @mkbiz for coming up with the term “Blind Pivot” and inspiring this post.) 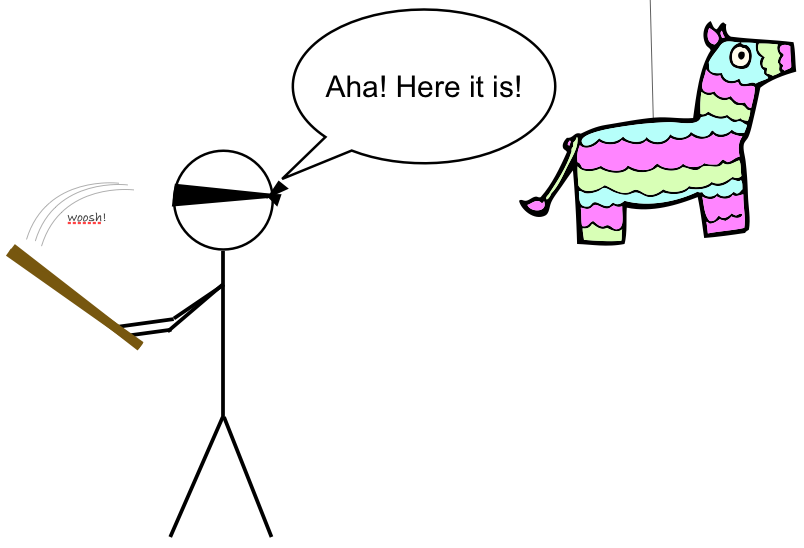 Blind Pivot – Changing business models without getting out of the building and talking to the humans. 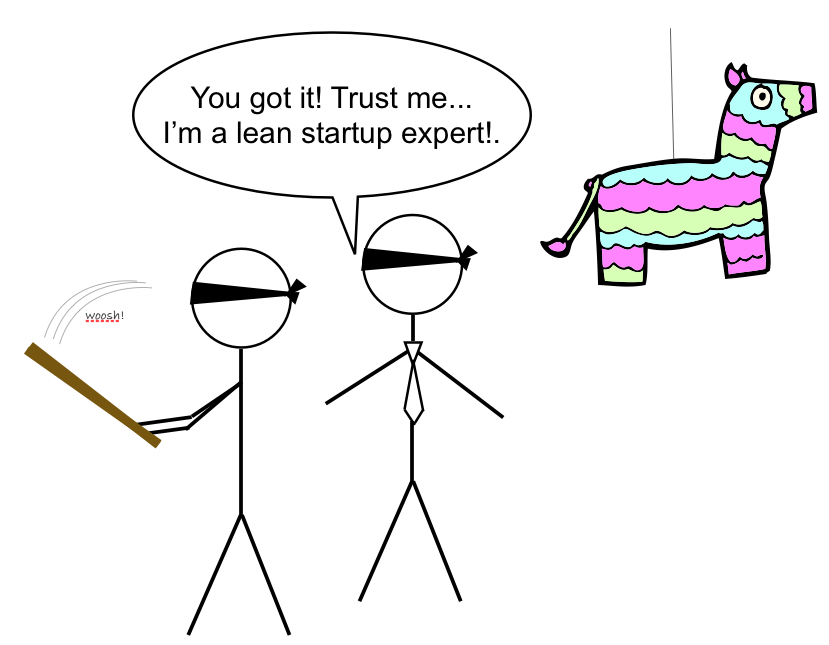 Assisted Blind Pivot – Changing business models based on the advice of investors, mentors, “lean startup experts“, or other individuals who also haven’t gotten out of the building and talked to the humans. 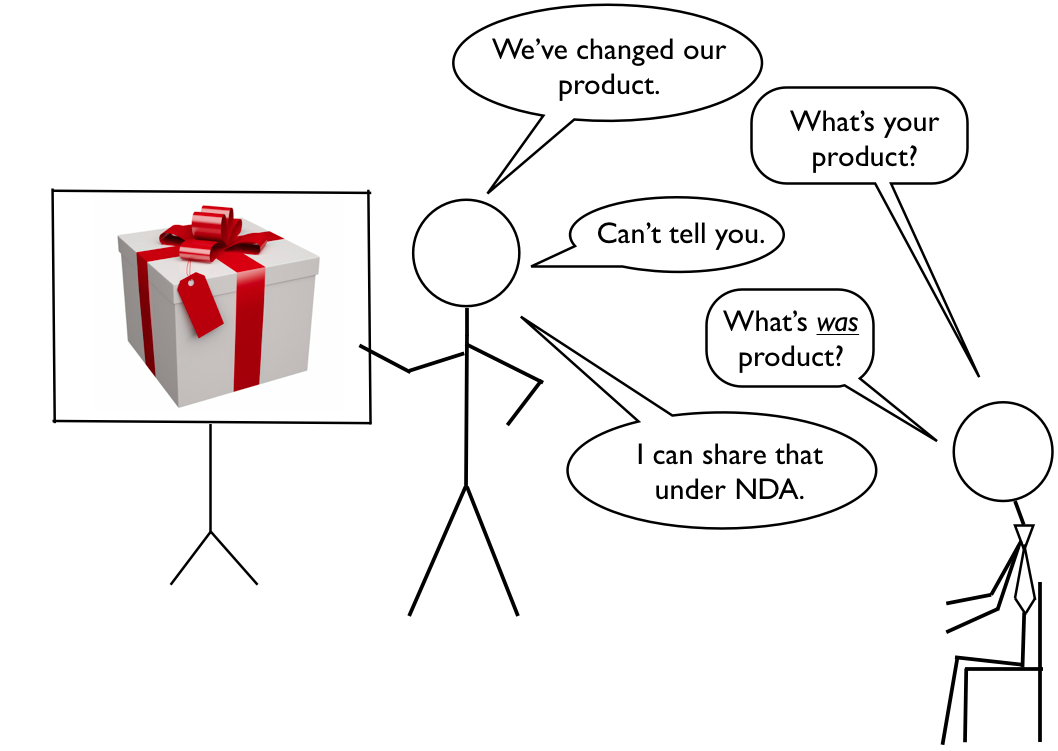 Stealth Pivot – No one can know it and you’re not willing to discuss it, but you pivoted really really hard. 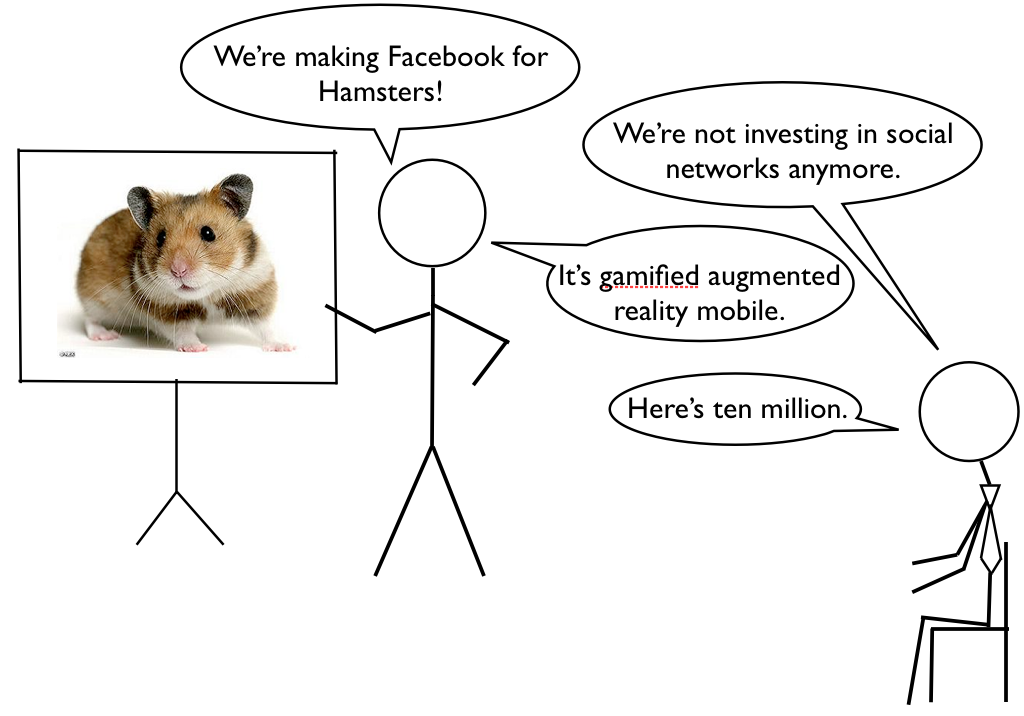 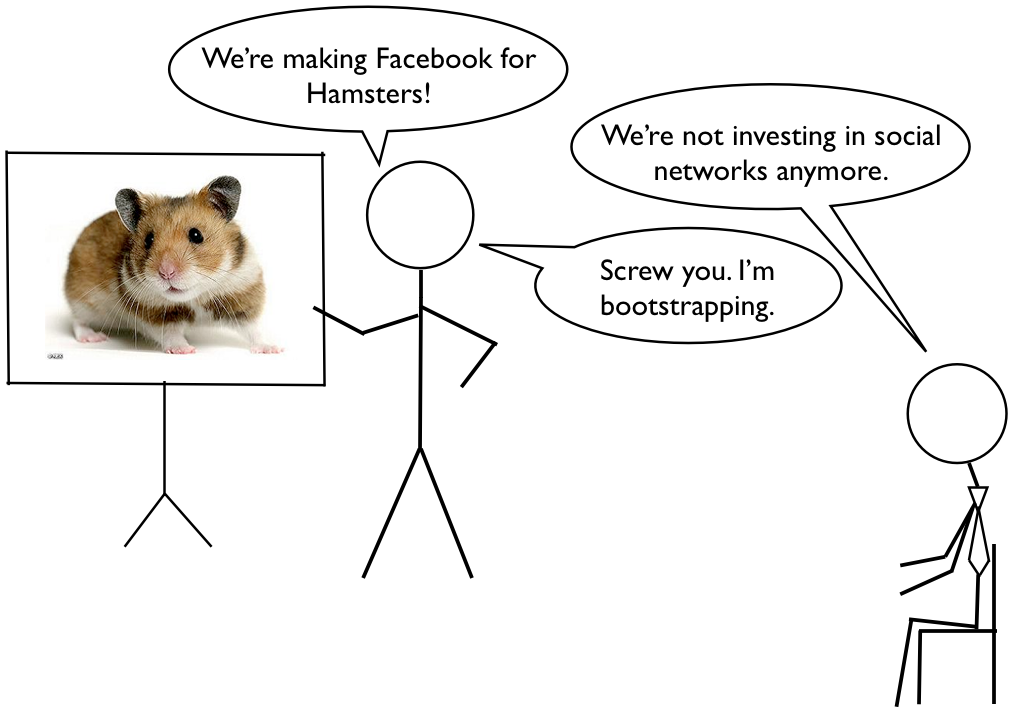 Trust Fund Pivot – Shifting from a heavy investment strategy to a more bootstrapped model based on an utter lack of investor interest. 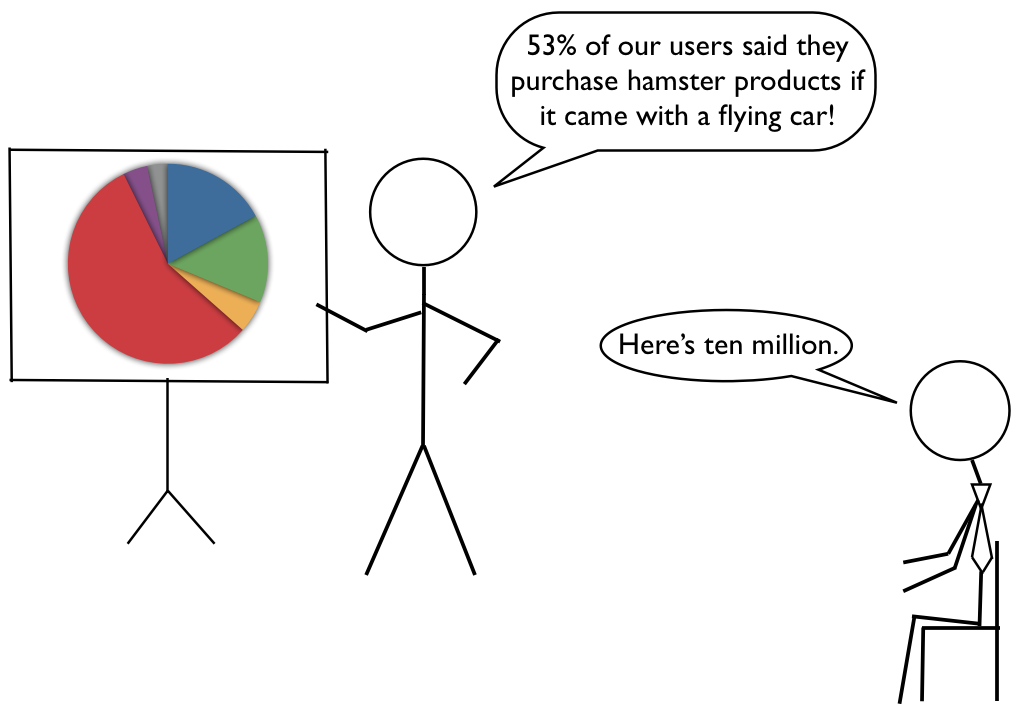 Statistically Significant Pivot – Changing business models based on a statistically significant sample size of responses to a poorly written survey. 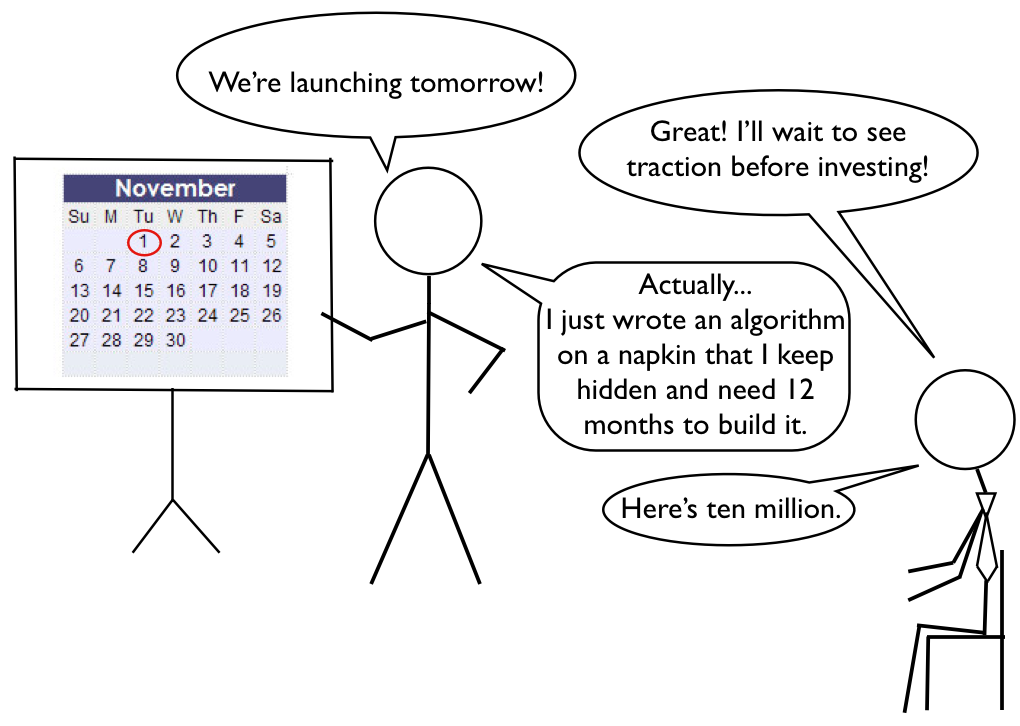 Launch Date Pivot – Postponing the product or service launch until after raising funding because of the possibility that poor traction could be mistakenly perceived by investors as a lack of customer interest. 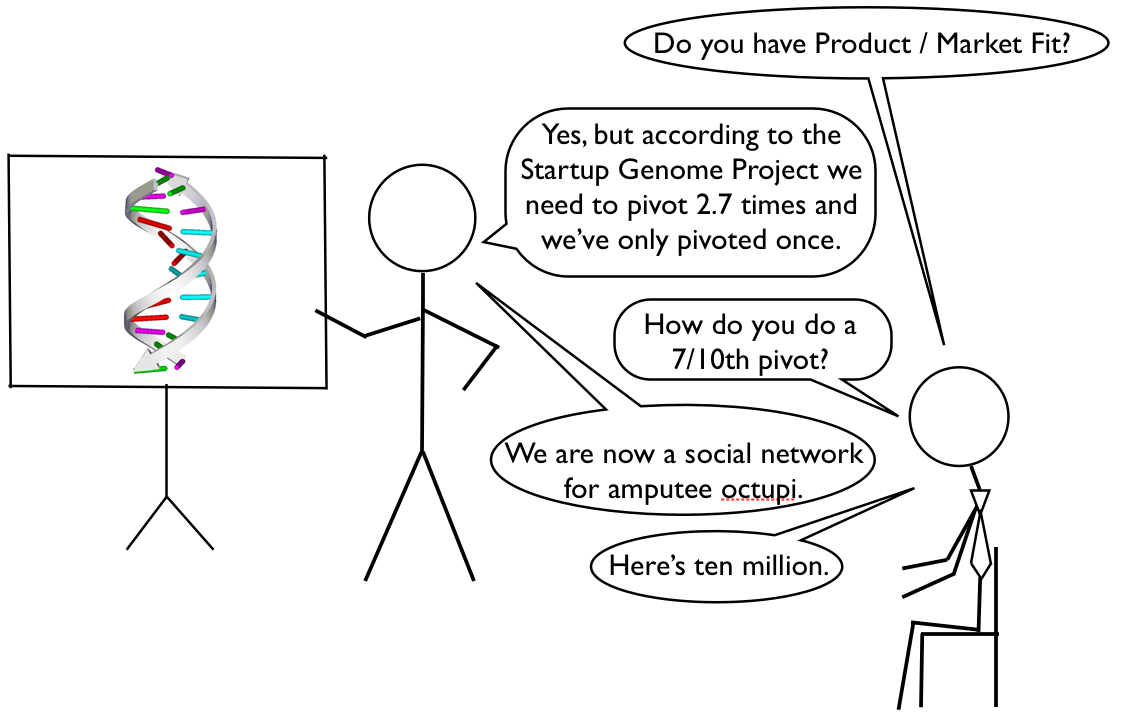 Superstitious Pivot – Changing the business model because according to the Startup Genome project successful companies pivot 2.7 times. (Also know as the “I Assume Official Looking Documents with Footnotes are Methodologically Sound” Pivot.) 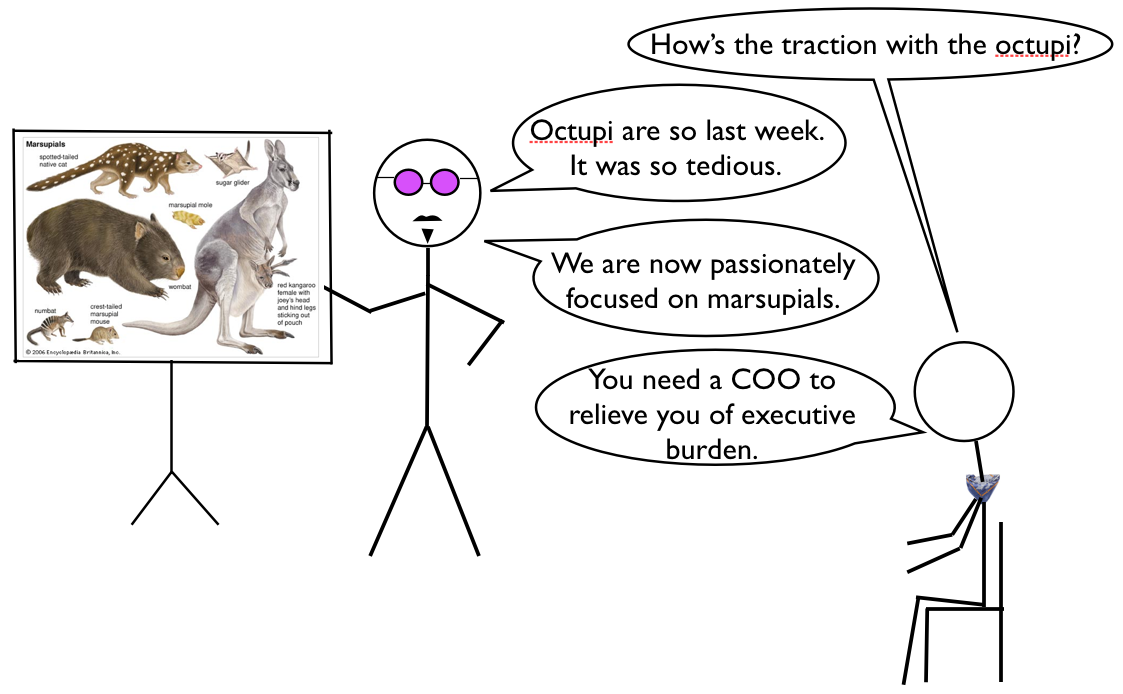 Hipster Pivot – Changing the business model because the old idea was just so uncool and unmotivating to work on. 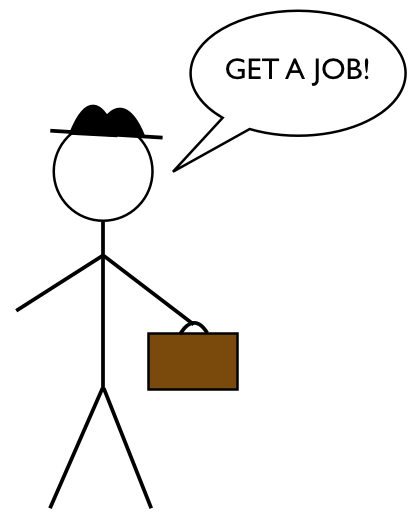 Friends and Family Pivot – Changing the business model to getting a real job because you’ve lost all your friend’s and family’s money and your Dad starts yelling at you to get a job.

Here’s the complete presentation embedded below which has an easter egg or two for SF folks:

There is an ongoing misconception that creating a company under a lean startup approach is incompatible with a big entrepreneurial vision.