How diversity can drive innovation? A lot of tours come through Silicon Valley full of CEOs, CTOs, and board members who want to figure out what makes the region tick. They want to see startups, hear thought leaders, and of course, have a glass of wine in Napa.

These tours can be inspirational. But they don’t drive change.

I have spoken at a number of these C-level tours. Some are good, some are mediocre. Some are great ways to get executive buy-in for a transformation effort. Unfortunately, the one consistent feature is that they almost always consist of a group of 20 white, grey-haired men.

After we split the executives into groups and give them a simple MVP exercise, the outcome is always the same. The group that comes up with the most creative, well thought-out, and simplest solution is invariably the group that has even a small bit of gender or racial diversity.

In this article I will not debate whether the lack of diversity is right or wrong (it’s wrong) or whether or not this is meritocracy in action (it’s not). I’ve already talked about why meritocracy doesn’t work.

This article is about why a lack of diversity is terrible for innovation capacity, and why we should think about measuring diversity as an innovation metric (how diversity can drive innovation).

Let’s start with some research…. 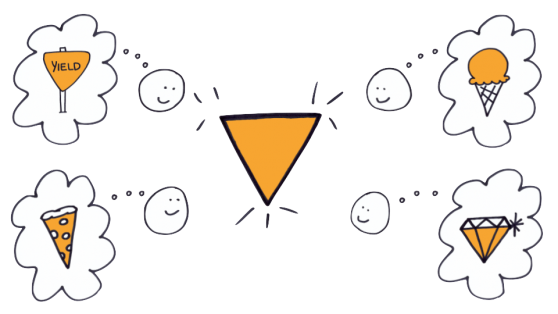 Cristian Deszö of the University of Maryland and David Ross of University of Florida studied the S&P 1500 and found that female representation in top management leads to an increase of $42 million in firm value.

Orlando Richard’s research at the University of Texas at Dallas suggests that racial diversity is related to better financial performance in banks.

Credit Suisse found that both large and small- to mid-sized companies with one or more women on the board outperform those with no women by 26 percent and 17 percent, respectively: 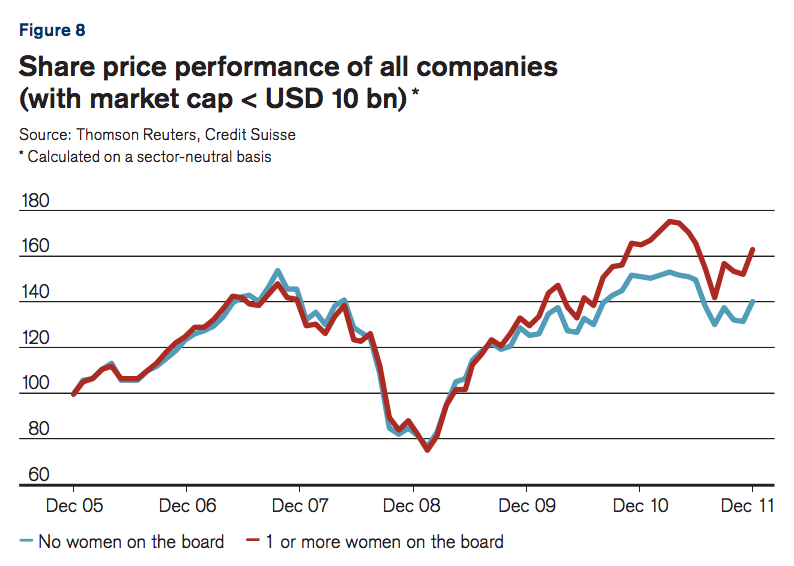 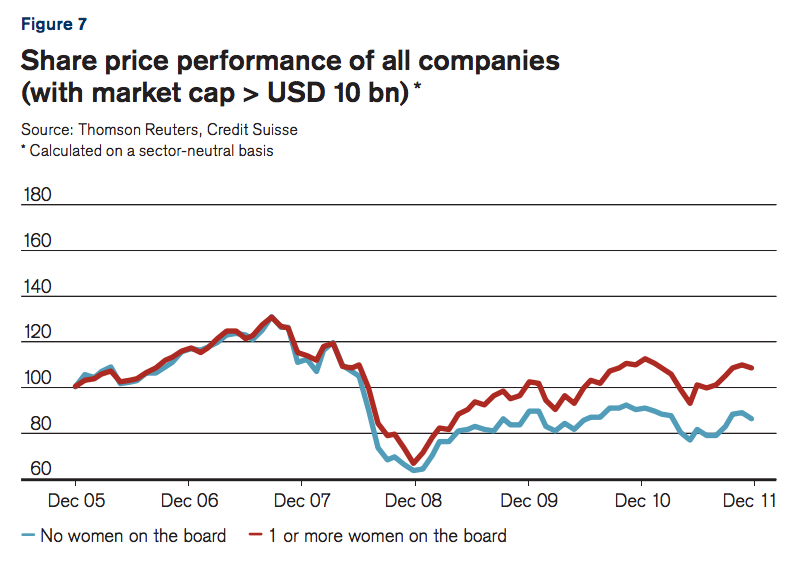 It doesn’t take much digging to find more and more research papers that say the same thing—diversity is strongly correlated with increased financial returns and greater likelihood to introduce radical innovation. However, this doesn’t mean that diversity causes increased returns. Some argue that increased financial performance allows firms to spend more on their diversity programs.

If a small group has to solve a mystery and everyone in the team has a piece of information required for the solution, surely diversity doesn’t matter? It’s just a matter of sharing what we know with each other.

Yet Katherine Philips and Margaret Neale found that if two groups are given the exact same pieces of information, the diverse groups share all their information, while the homogenous ones often don’t, because they assume their members already have the same perspective and information. Other research has found the same effects with racial diversity and diversity of political beliefs. Even academic research conducted with a diverse team receives more citations. 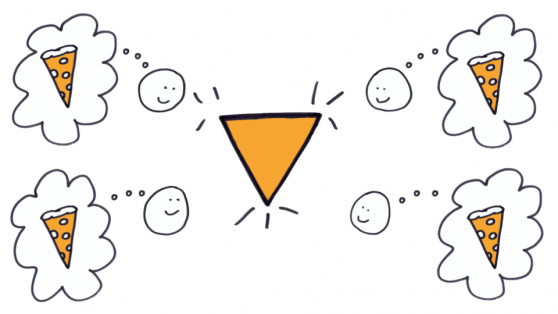 When I worked at Luxr, we used to do rapid ideation sessions with teams of startups where they would be pushed to come up with 10, 20, or 30 ideas in 5 minutes. We’d then sort out the ideas and throw away the bad ones.

The CEO, Janice Fraser, ran an experiment once by numbering the back of Post-it notes to see which ideas would be selected. Were the best ideas always 1, 2, and 3?

“The first few ideas are usually the most obvious, and often don’t seem as important when there are lots of other choices.” – Janice Fraser

Even more common is that once the ideas are sorted out, more ideas and better ideas start popping up. The second round of a brainstorm usually generates a new set of recombined ideas. 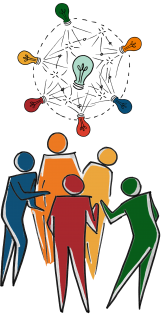 Ideas are promiscuous and collide with one another to create new ideas. Some companies like Pixar even design their workspaces to encourage collisions.

One idea is one idea. Two ideas is three ideas. Three is nine. It’s exponential.

Diversity adds to this effect by avoiding groupthink. The executives I mentioned before on the Silicon Valley safari don’t stumble on the MVP exercise because they are dumb. They stumble because a homogenous group of people looking at the same problem from the same perspective invariably will come up with one solution, where a diverse group will come up with several possible solutions and pick the best one. 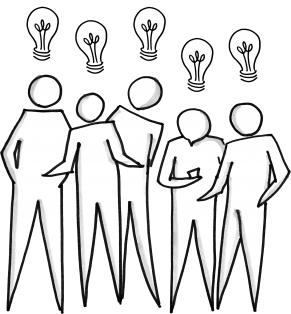 There is an argument that diversity of perspective (sometimes called diversity of thought) is more important than racial or gender diversity. While I agree this topic should interest anyone who wants to increase innovation capabilities, I will address it more fully in a separate post as it touches on issues of free speech and “alternative facts.”

For now, let’s grant the point and make sure that we don’t form teams with members that look different on the surface but actually agree on everything. If everyone in our team likes the same band and movies and has the same degree from the same university…then we are doing diversity wrong.

However, let’s also grant that diversity of race, gender, religion, political or sexual orientation, etc., is strongly correlated to a diversity of perspective.

Diversity Must be on the Team Level

We also need to clarify that diversity is about who we’re interacting with on a day-to-day basis. Having a diverse organization doesn’t matter as much as having diverse teams.

This is not uncommon with global companies that may have zero diversity locally, but internationally may be as diverse as the United Nations. 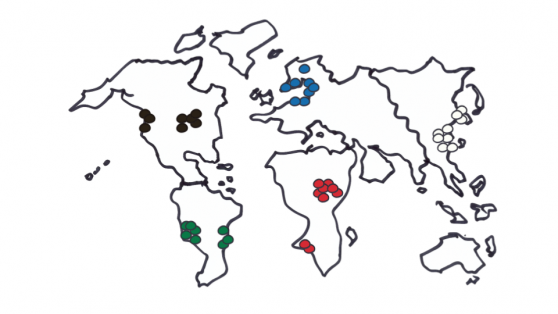 Are teams diverse? Are they cross-functional? Does gender diversity exist? Is there racial diversity? Any diversity is probably better than none.

Diversity Must be Inclusive

Perhaps most importantly, having a diverse team doesn’t necessarily mean we are including and valuing diversity. In other words, it doesn’t matter how many people we have in the whiteboard brainstorming session if only one person has the whiteboardmarker. 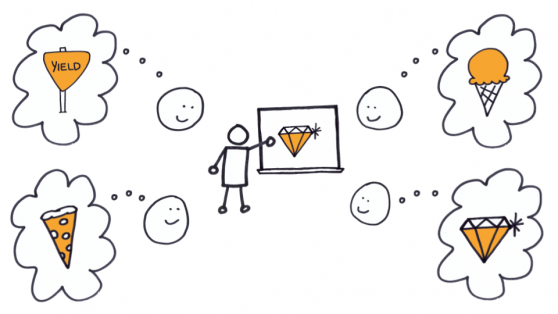 Diversity programs and diligent HR departments can do a lot to make sure that diversity is part of governance, HR policies, and any supporting structures. But inclusion is something that has to be embedded into the culture.

“If efforts in ‘inclusion’ aren’t made, then diversity risks falling into tokenism. Inclusivity is the cultural commitment in an organization that ensures an equitable and inclusive acceptance and full integration of the perspectives and experiences of everyone – including women, people of colour and individuals from the LGBTQ community, as examples.” – Leah Oliveira

It’s important to acknowledge there is a cost to diversity. But it’s far more important not to overemphasize or overreact to that cost.

I am a first generation American coming from British and German parents. As such, I have a huge economic and social benefit, simply from being born white (and tall).

While inclusive diversity seems like hard work, hard can’t be an excuse for inaction.

In a diverse room, we are much more likely to make a joke that offends someone. Our hidden biases will be exposed. White men like me in particular may occasionally look like racist, sexist jerks.

I have said things in jest that I did not realize were offensive or used racially charged language. I have a mental library devoted to completely unacceptable jokes that I learned in my childhood that I can’t ever unlearn. 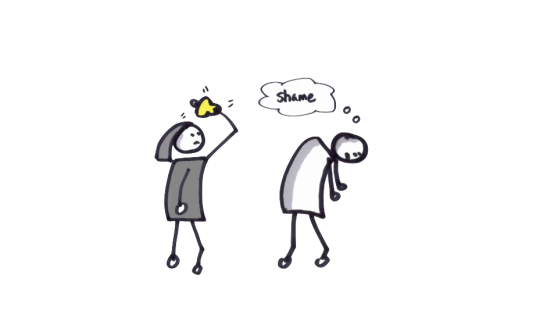 It took others to point some of the things I’ve said to me before I could even recognize the issue (and apologize for it). These are things that, looking back, I’m ashamed of.

The subconscious anxiety that comes with sharing some small sliver of power may cause some additional tension in our fragile psyches.

Privilege runs deep and there will absolutely be discomfort for those like myself who have benefited from institutionalized power relations. But the gains for our companies and our communities from putting in the effort to incorporate inclusivity into everyday corporate culture are worth it.

The loss of privilege isn’t a loss. It is not a zero-sum game. Inclusive diversity grows the pie for everyone, opening up additional opportunities for ideation and innovation.

Diversity is Hard for Everyone

Recognizing our own biases is not solely a problem for white men. Everyone holds biases — even those we may not expect. Some studies show even women hold sexist biases against women, and black people have racial biases against people of color.

It’sweird, and it sucks that we are so at the mercy of our own brains. There is a huge amount of cultural indoctrination and probably biases built right into our genes to help us prioritize our familial genes’ survival over the “others.”

Even just talking about diversity can cause an immediate backlash for some, and we risk being ignored and accused of arbitrary “political correctness.”

This is not a question of blame or fault. The historical blame is exceedingly clear, and there is only one side to it. This is a question of recognizing that we all must contribute to the solution together.

Diversity is hard. It will be hard work from everyone. But hard is not an excuse to abandon the greatest thing we can do to not only increase the amount of justice in the world but also our ability to innovate.

There is no perfect answer on how to increase and leverage diversity. I am not an expert in the subject. But the need is urgent.

It may seem like a minor difference now. But if diversity can be a multiplier for innovation, we cannot afford to be even 1 percent behind our competition. Because in a year, that 1 percent might be 2 percent, then 4 percent, then 8 percent, then 16 percent. Later is too late.

If we’re an early-stage company looking to grow, address diversity today. It will get harder over time.

If we’re not measuring it, we won’t improve it. Imitating an ostrich is adorable but ultimately will not help the bottom line.

We have to measure diversity across the funnel, including acquiring and retaining diversity. Some companies like Atlassian share best practices, and there are initiatives such as Project Include, which provides a playbook of practices to help companies get started. 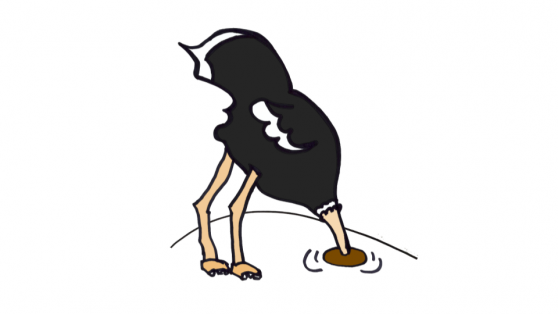 HR is more than a paperwork generation machine designed to irritate new hires and enrich lawyers. If our C level doesn’t include a Chief of Human Resources we are essentially saying that people aren’t as important as technology.

If our strategy documents don’t aggressively address increasing talent as much as they emphasize which tech stack to build on, we’re focusing on the wrong thing.
Who makes the technology? People. Being innovative.

So forget about innovation strategy if the HR department isn’t on board.

4. Do the Research and Connect

Don’t believe this article; do the research. Read and run your own studies.

If you’re trying to figure out how to address your own diversity challenges, start with Why Diversity Programs Fail. Then connect with diversity organizations like Women 2.0, Mentorkind, or Black Founders.

We’re also including a list of links we’ve compiled in our research on the subject below.

Today’s economy is tightly bound. It’s tempting to look at diversity as merely a competitive advantage for our own company, but we are all strongly affected by the performance of our partners, clients, and even our competitors!

We all benefit from a strong, competitive, innovative economy, and improving on diversity efforts is just one step forward. 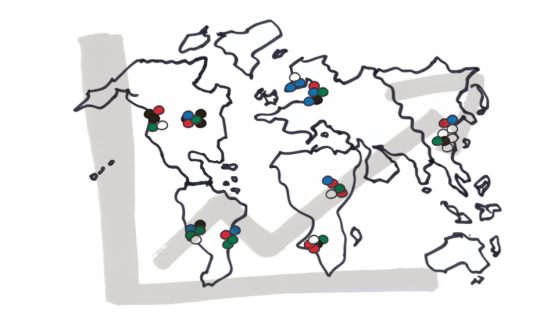 All of these things take time, and they won’t be solved overnight.

No one has all the answers.

So let’s start small and schedule a conversation with our team about how diversity can help us.