How does customer development differ with regards to products which require a network effect to be useful (two sided marketplace)?

Short answer: No one knows.

Companies offering services such as Skype, eBay, Facebook, and others have cannot really test their value proposition without having a critical mass of users. A telephone with only one person on it is pretty useless. Yet these are some of the most lucrative inventions ever. So how do you apply the principles of customer development to these situations?

At the Startup Lessons Learned conference, I asked a panel of people far smarter than myself this question and Sean Ellis‘ response was, “It’s a modified approach that really hasn’t been defined in a structured way as Four Steps to the Epiphany lays out.” He then invited anyone who can figure it out to write a blog post on the subject.

Well, I haven’t figured it out. I will however throw out some suggestions for testing and I’ll let you know if they work later.

Sean Ellis did turn around and make at least one good suggestion such as, “The value proposition is a moving target.” He suggests trying to narrow the target market so you can test networking effects with less risk. For example, eBay could have tested auctioning in the pez dispenser market instead of allowing any product to be sold. (His example, not mine)

Under Eric Ries‘ terminology, this would be a Zoom-In Pivot and it’s something we’re also trying with startupSQUARE.

We started out letting all sorts of people into our site in alpha state to test it out.

However, we found that the level of interaction (people posting ideas and profiles) was very very low. Far lower than our conversion rate and customer interviews would predict. When doing follow up interviews we found that people would look for other users in a very small niche industry (we have an overly large industry list) and find no one there.

With no one there, it sent a clear signal that posting a profile wasn’t worth the effort because no one else would read it.

Our solution to this is two fold.

First, our industry list is horrendously complicated. Although some users have indicated they would like a more detailed list, we have to start with a simpler list. When the list has broader categories, users will be find more people in each category and thus have a higher level of social proof.

Second, we’re modifying our signup process to collect more information when signing up, including industry interests. This will allow us to let in critical mass groups from each vertical we want to target. We’ll also be able to test the size of the group necessary for the network to have value and better analyze any behavioral difference between users of different industries.

Brant Cooper offered the example of Jeff Smith from Sonicmule who built products to test specific things such as social applications. Behold: the SonicLighter. Without hearing the specifics from Jeff, it’s tough to discuss this. Still, sounds like a great idea. Try to simplify the amount of interaction necessary, potentially in a different context. If anyone has thoughts on this, I’d love to hear them.

David Binetti had the funniest answer. He just shook his head with a grimace when Sean asked if any of the panelists had an answer.

There is Still a Problem

Although no one really has a definitive answer, I would propose that the general customer development thesis can still be tested, even with network effect driven products, for a simple reason: The customer still has a problem.

The telephone allows people to communicate. Ebay allows people to sell things in a marketplace. OkCupid allows people to get laid…err…I mean meet people. All these companies target established customer needs which have clear analogies in the real world. Facebook was based on…well…a facebook of people on campus.

In many ways, customer development should have been easier for these companies since the customer problem was really already established. “Who was that hot girl in class today?” (Facebook’s initial customer problem.)

Nothing prevents you from establishing your hypotheses and verifying them with customers outside of the building via a good old fashion customer interview. “Do you have a lot of old junk you want to get rid of? Would you like to sell it? Where have you tried to sell it? What would make it easier to sell it?” Tada! eBay.

Another tidbit that I think is valuable is faking data. That sounds bad. Let’s say, “Bootstrapping Data”. When you do your mockups, don’t use “Lorem Ipsum blah blah blah”. But in real names, real text, and real data. Get your friends to post things in your alpha. Post 100 times yourself. Farhad from Atracted.com bootstrapped his first few video personal ads by throwing a party, inviting a lot of cute girls, then sticking them in front of a computer to introduce themselves. Brilliant! Plus he got to have a party with a lot of cute girls!

startupSQUARE, having not yet progressed to beta testing, now has revenue! Granted, a very small amount of revenue. Why? 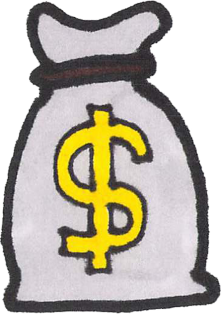