Building a Complete Team is not easy. Talent is in short supply.

In Silicon Valley, the common sense wisdom used to be that engineers were the most critical team members. The good ones were rare and hard to come by. Sometimes we called them ninjas or 10Xers. 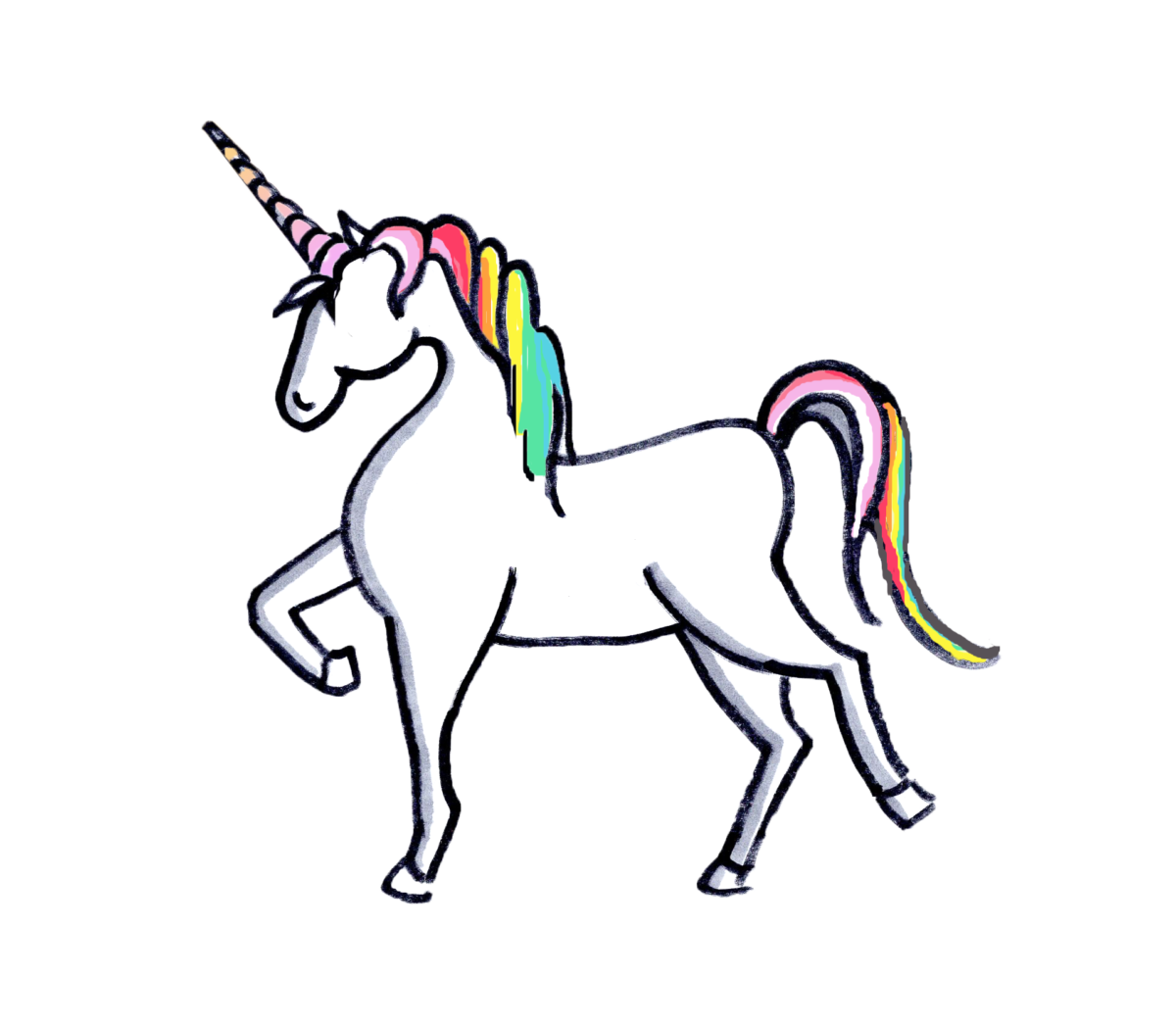 More recently, the proliferation of consumer web apps made design a key differentiator. Designers became the scarce resource and salaries skyrocketed. Everyone who knew photoshop was suddenly rebranding themselves as a UX designer. No one really knew the difference between UX and UI, but we called them unicorns anyway and started the hunt.

The ideal team is often described as Hacker, Hustler & Hipster. Articles have made it into Forbes and Steve Blank posted his version back in 2011.

Even corporate teams have bought into the dogma to the degree that every innovation team must have a designer, hacker, and business person. No more than that and definitely no more than two pizzas worth of people!

(Except the pizza part. That’s true from Dunbar’s number.) 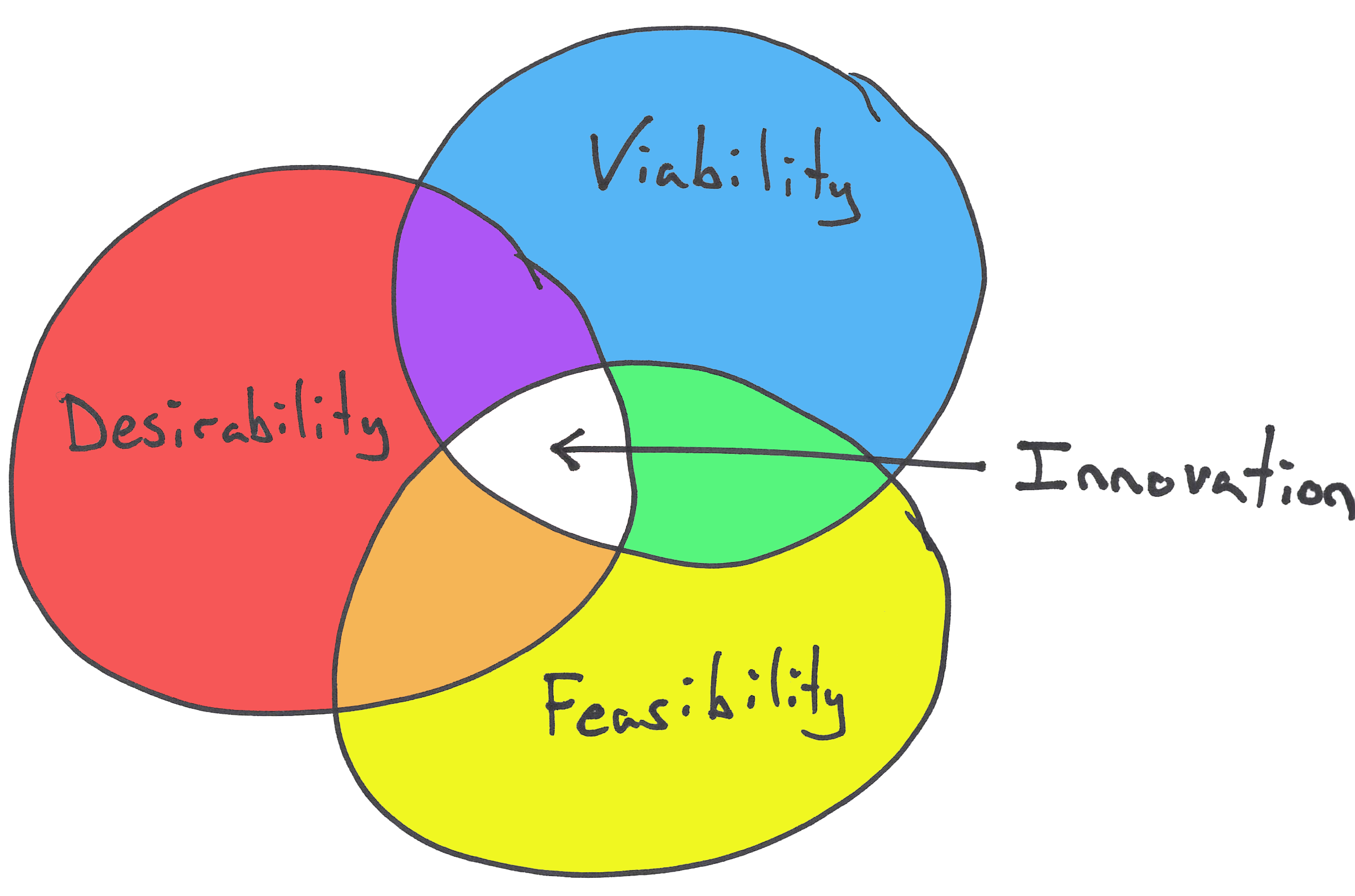 Some of this perfect team concept comes from the Balanced Team paradigm and perhaps IDEO, who even gives a nice Venn diagram showing the origin of it on their about page. (We don’t know who came up with it.)

The Balanced Team works great in many situations. We love how Janice Fraser explained it:

The balanced team paradigm falls short when it is directly translated from concept to person. The important thing is the role.

Tech folks assume that feasibility belongs to the engineer. Not always. 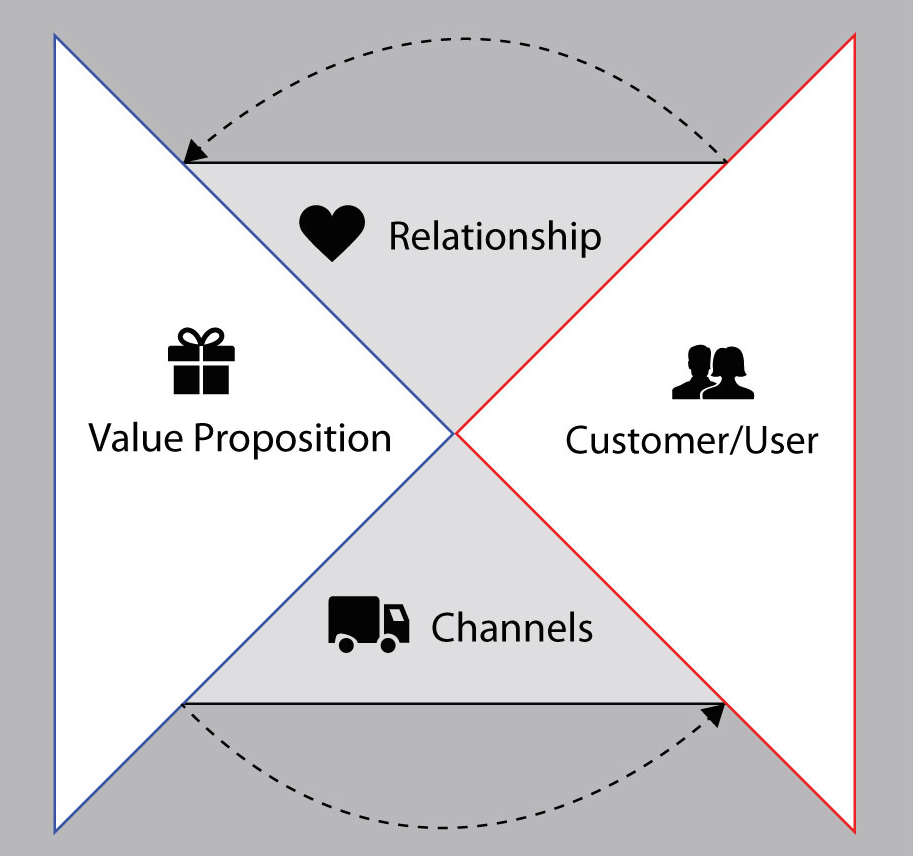 Remember, there are four parts to any MVP: Customer, Value Proposition, Channel, and Relationship. Click To Tweet

(If this sounds weird, read our post of the Four Parts of a Minimum Viable Product)

The MVP is not just about building the product.  What about the feasibility of the channel?

If we’re selling an enterprise CRM, the feasibility of building that channel belongs to our enterprise B2B sales person. The person with the big rolodex and crazy hustling skills.

Don’t have one? Then we have an incomplete team.

An incomplete team's iteration velocity is limited by its missing pieces and its budget. Click To Tweet 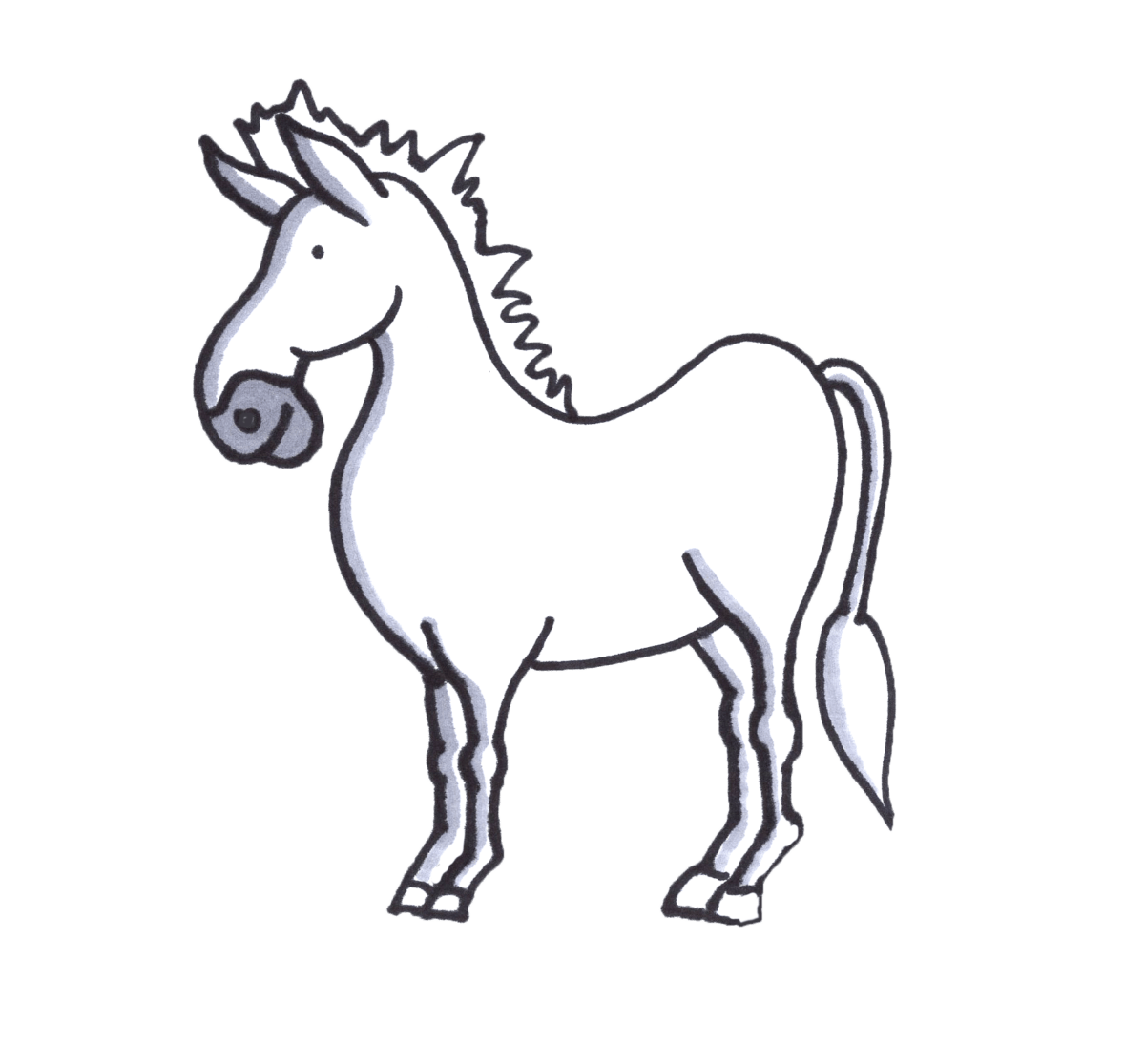 That is to say, if we’re missing a key skill or role, we’re stuck. We will be unable to learn or make any progress in experimenting until members of our team are able to acquire that skill.

OR…you can hire someone to fill in a gap. That gap might be a team that is:

(Note: Truthfully, this happens. We’ve changed the countries to protect the innocent/guilty.)

The complete team is able to complete the Build-Measure-Learn loop, including all Four Parts of the Minimum Viable Product. They will have to build the sales channel and measure product progress via the customer relationship. 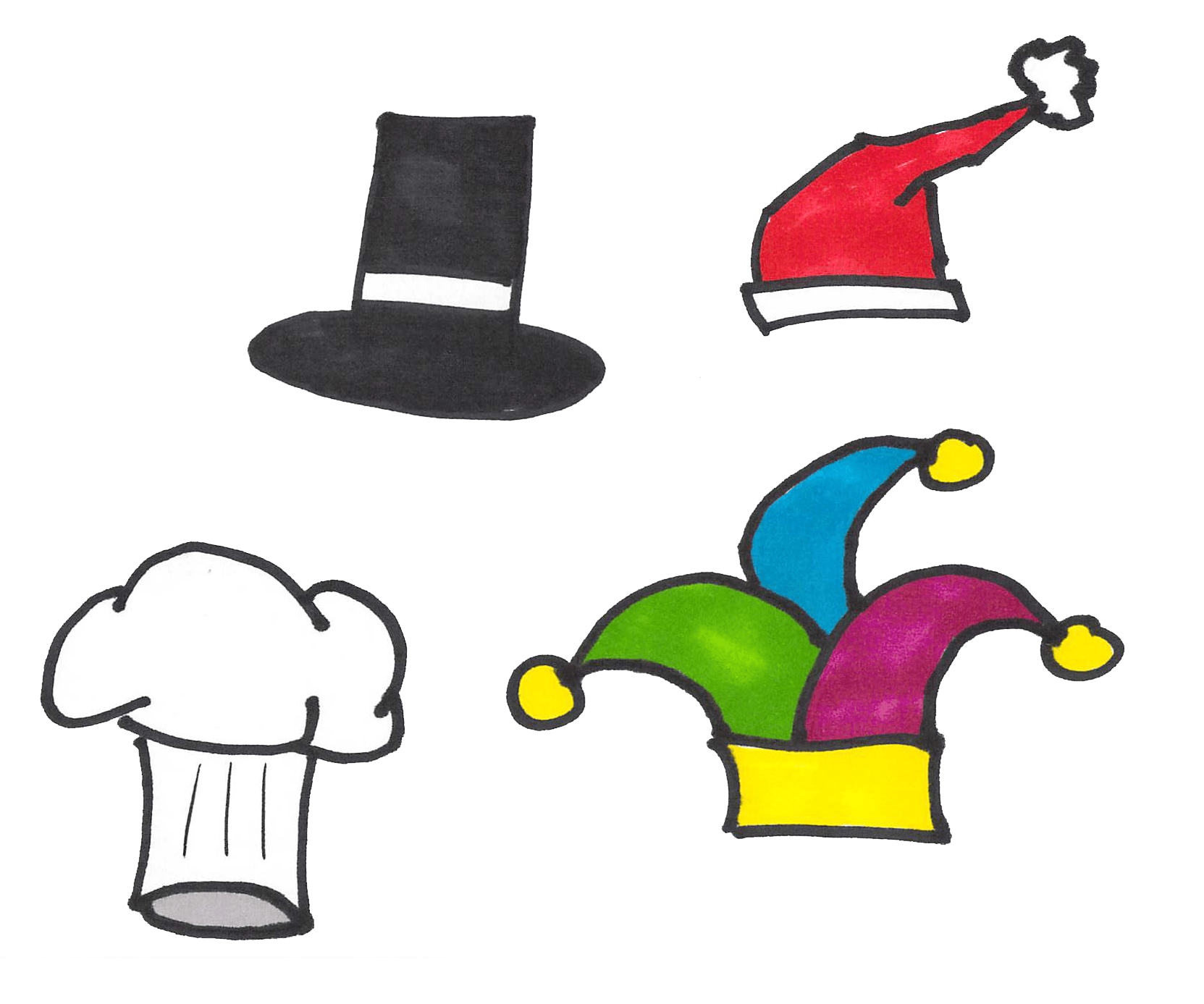 Often the Hustler (a.k.a., Guy Who Can’t Code) takes on these other responsibilities and wears many hats. Sometimes, others can perform more than one role, playing designer half the time and managing to get some sales calls in on the side.

A complete team is not about the number of people, but if whether there is a skill gap. Click To Tweet

One of the most infuriating things about a complete team is that the definition changes over time. Click To Tweet 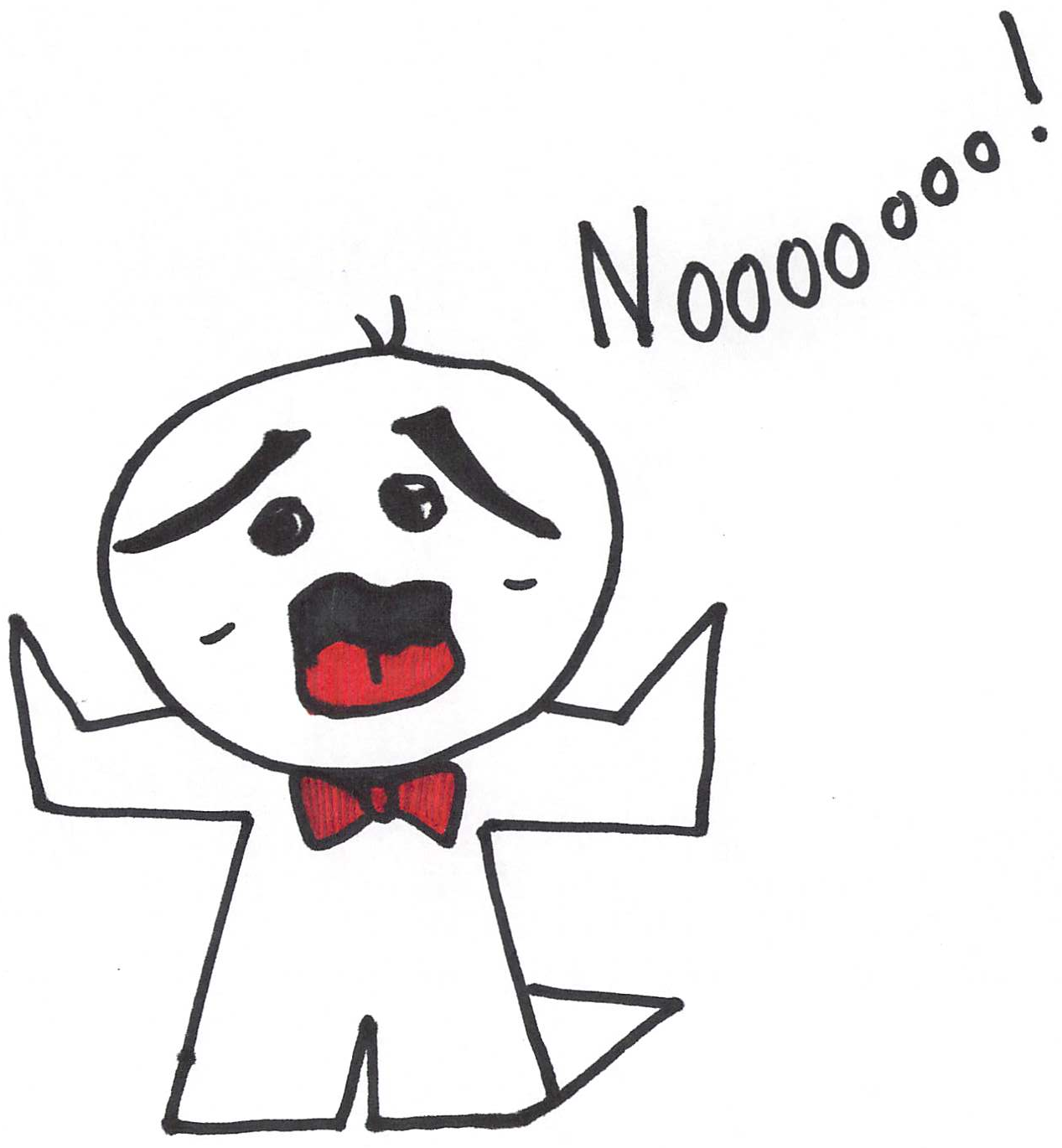 At the beginning of a project, we might not need an engineer. We just need to go talk to customers.

We might not need a designer for a backend B2B application.

We may need an outbound marketer to run a Google AdWords campaign, but we only need a few hundred visits to run our landing page test, so it’s hardly a full time job!

Often the solution to these gaps is part time staff. It’s often a dissatisfying level of quality, but better than nothing! 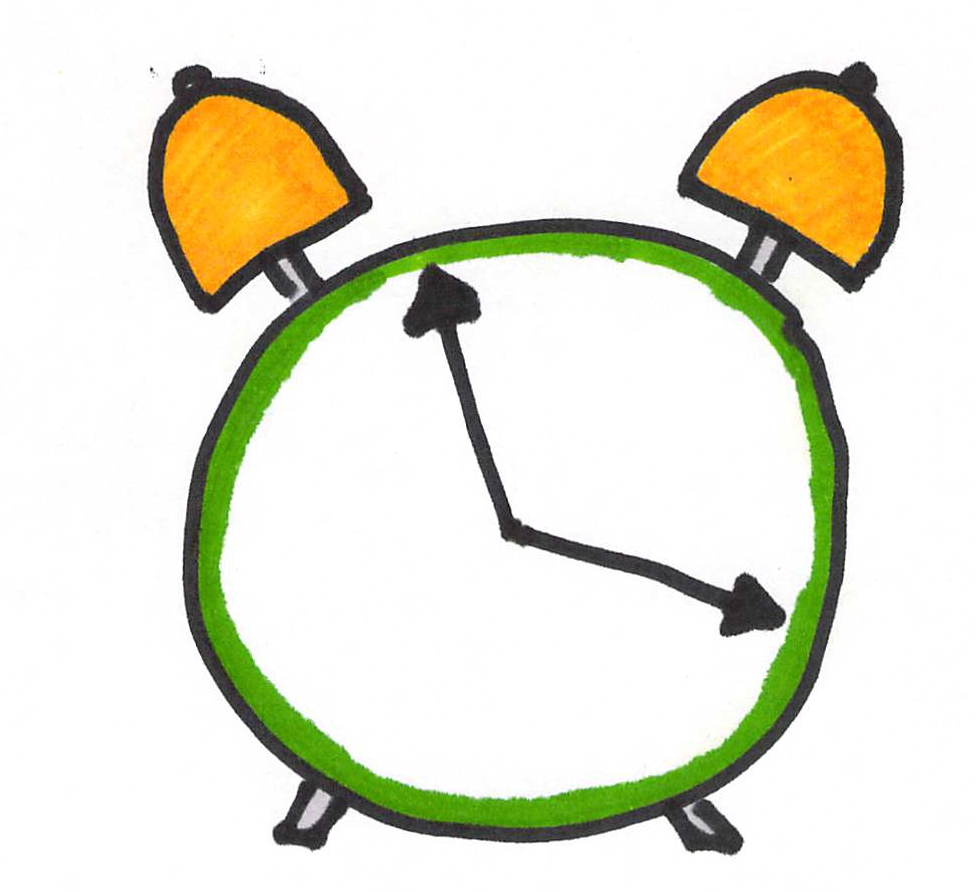 One of the great advantages that large corporations have over startups is a vast reserve of human capital. Which is what makes it even funnier when they fail to utilize it.

Many corporations are underfunding their startups by insisting they “be scrappy” instead of just giving them the budget to hire someone to run a Google AdWords campaign.

There are certain skills that every team member in every startup should learn. Everyone should be able to talk to customers and have an insightful customer discovery conversation.

But does everyone in a startup need to learn AdWords from scratch? Is that a critical skill?

This is where more advanced accelerator programs like 500 Startups (who, unlike most accelerators, have an actual business model) have a massive advantage. With a specialized “Distribution” growth hacking team available to help their portfolio companies, they are able to complete teams, filling in notable skill gaps in marketing, user acquisition, and channel strategy.

In addition, their “Distro” growth hacking team gets to hone their craft at a radically accelerated rate with the experience of working with literally hundreds of startups. So, sorry Y-Combinator, you’re awesome in many ways, but we know where we’d bet our money.

In Defense of the Hi.P.P.O

Hi.P.P.O is the Highest Paid Person's Opinion. A time honored way of making decisions which goes back centuries. 3 reasons to listen to the Hi.P.P.O. 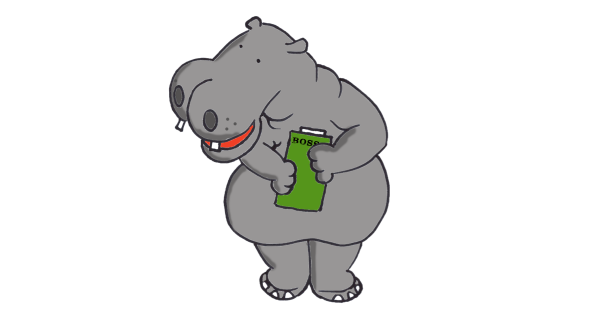