Fear and the Innovation Sandbox, Part 1

Fear and The Innovation sandbox by Tristan Kromer

Fear is a natural chemical process. Long before we learned to spark campfires and paint on cave walls, our brains knew how to recognize and react to dangers in a way that would maximize our survival. Our senses would detect stimuli and send information to the thalamus, which would pass it along to the sensory cortex for interpretation, which would organize that information and disseminate it to the amygdalae and the hypothalamus. From there, it was a simple matter of hormones telling us whether to fight that spider, or to run like hell from that snake. 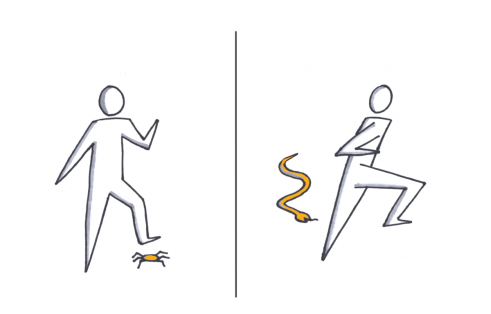 Over tens of thousands of years, we grew from monkeys who could make fire to monkeys who could vote and drive cars, and these same chemical processes that protected us physically came to protect us socially as well — our fears have grown from snakes and spiders to public speaking and running into the CEO at parties.

These are essentially the same fears that shackle us at the workplace. Just as humiliating ourselves at the podium or on the dance floor feels like a social death, humiliating ourselves at work by failing at our job feels like a career death, so we are naturally inclined to avoid risk and maximize rewards (even if these habits in the short-term make things worse for us in the long-term).

But there is no innovation sandbox without risk, and if we are to call ourselves innovators, we must recognize that our instincts are at odds with our mission.

To innovate, we need places where we are comfortable exploring ideas that are likely to fail. Click To Tweet

LINES IN THE SAND

My friend’s toddler enjoys digging holes to the center of the earth. It can wreck a garden, but in the innovation sandbox it is just educational play, and beyond the potential to unleash lava monsters onto the surface world (it’s a thing!), the sandbox is a safe place for him to explore ideas. 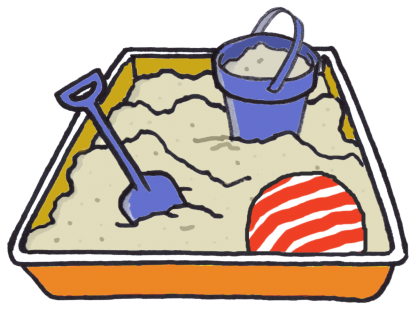 If we want to encourage risk in a corporate system built to reward doing the same thing over and over, we need sandboxes to let our ideas play in, safe places where we can dig, fill, build, tear down, and build again without fear of consequences. More importantly, these sandboxes have a positive effect on the wider corporate culture, relaxing the default “keep your head down” mentality to allow “willing to risk” to become a cultural norm.

Failure Is an Option

Branded Innovation programs have paved the way for the innovation sandbox mentality, and continue to dominate the innovation landscape. Intuit is among the most famous early adopters, growing from a successful but somewhat dull and uninspiring accounting company (no offense, accountants — I love a good spreadsheet more than I thought possible) to a design-driven innovation machine when it created a team of ten “innovation catalysts” in 2009 to help managers with their projects. 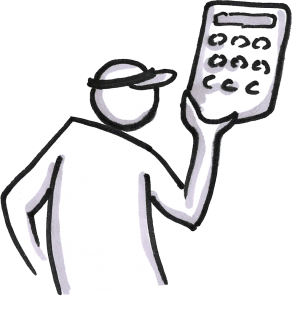 Around Silicon Valley, Intuit staff started showing up at meetups such as Lean Startup Circle and Lean Startup Machine, picking up tools and tricks that were incorporated and rebranded inside the Innovation Catalyst Program, effectively avoiding “Not Invented Here” syndrome and allowing Intuit to start offering innovation sandbox workshops to external parties to share the knowledge (I was once invited to one).

The catalyst program pushed the managers away from presentations and into more experiment-oriented territory, where multiple, rapid iterations allowed more room for creative play and failure. This created an innovation culture that spread into every corner of the company, spawning rapid design and testing concepts such as “painstorming” and “sol-jamming.” Today, Intuit boasts “Customer-Driven Innovation” and “Design for Delight” as its core competencies. Intuit is no longer a boring accountancy, but a cool place to work, where “each and every employee is expected to think like an entrepreneur.” 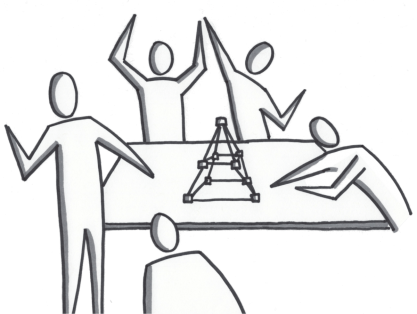 Since then, independent accelerator programs such as Y Combinator have become de facto homes of experimentation and innovative thinking that have added to the sandbox culture of Silicon Valley. By providing funding, exclusive dinners with high-profile entrepreneurs, and mentorship in an environment where it’s safe to experiment and fail, accelerators essentially give entrepreneurs the opportunity to gamble with house money.

Whether a project succeeds or falls flat, accelerator alums earn a badge of honor for putting in the work and learning the lessons, increasing their chances of outside investment in future projects. Y Combinator is now listed on LinkedIn as a school with 3799 employees, most of whom are alumni who tag themselves as employees to show off their accreditation from “the harvard of accelerator programs.”

Accelerator programs add to Silicon Valley’s cultural sandbox, where a work environment of acceptable risk makes these entrepreneurs less fearful of innovating in the future. “I succeeded” is no longer the password — now it is enough to say “I tried.” 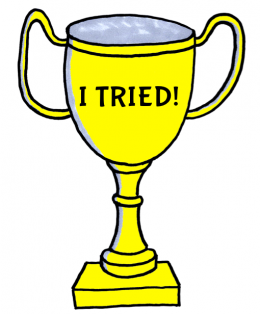 Failure Is A Requirement

What if we want our company to adopt a more risk-acceptable mindset, but don’t have the resources or the leadership for full-scale implementation of a sandbox space?

Something as simple as an informal company event can help bringing sandbox culture to our workplace. Established organizations like FailCon and Fuckup Nights have helped reframe our failures into lessons for the next project, and as shared experiences, have helped us see corporate spiders and snakes as things to study and learn from rather than step on or flee.

Events like these that allow us to celebrate past failures and publicly redefine them as learning opportunities can offer a pressure valve that normalizes the experience over the result — the social equivalent of favoring outcome over output.

Failure Is a Playground

If we’re looking for something in between — say we’re willing to take big risks on certain projects, but we don’t want our company to become known as a failure factory — we might consider instituting a skunkworks program, providing ad hoc, high-risk licenses that can be secretly conducted behind closed doors.

One of my first clients as an innovation coach was overseeing a risky project. The boss had inherited it from another team, and it was crucial to a larger project, so it was a must-win situation. But he knew from experience that there was a high risk of catastrophic failure, so he’d prefer to fail small early and fix it rather than risk a career-ending bellyflop. By opting to iterate quickly, he could avoid dragging it out into a long-term, epic fail.

(Side note: The funniest part of the project was when I started, they showed me a great Gantt chart of their project, which had two weeks dedicated to “lean startup,” followed by product launch. In the next iteration, they had two months devoted to “lean startup.” Eventually they just ditched the Gantt chart in favor of the Build Measure Learn loop.) 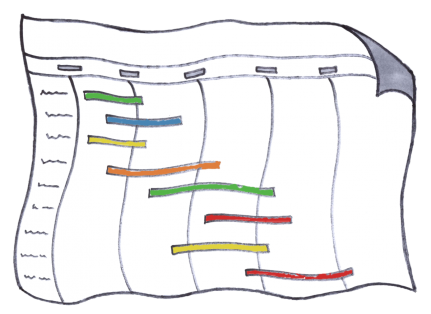 Of course such an initiative requires a boss with some budget authority who can section off a few people and assume the penalty for the group’s failure. But believing in our people is good leadership, and the rewards of letting our team operate freely now and then can vastly outstrip any failed experiments in the short-term.

Top-down innovation is not innovation as much as it is a list of ideas coming from the executives — it’s important for a corporate innovation ecosystem that employees at every level are given a controlled space to try, fail, and learn. If we’re not willing to let innovative ideas flourish from every direction — even if they sometimes die on the vine — then we’ve let fear of failure define our leadership.

And we will never discover a way to stop the lava monsters. 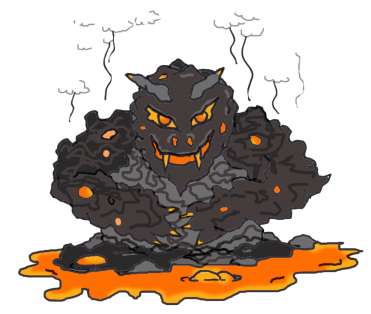 We want to know how your company culture encourages you to play with ideas in a sandbox. Tell us what your company has done to offer a safe space to explore ideas.

How to use retrospectives so your entire team can get the most out of your experiments. 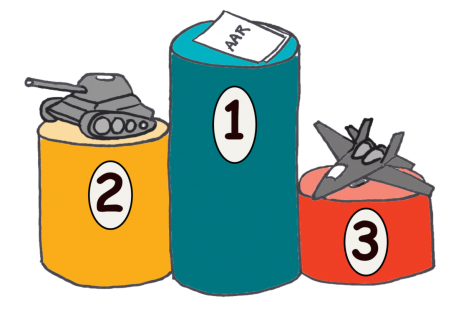